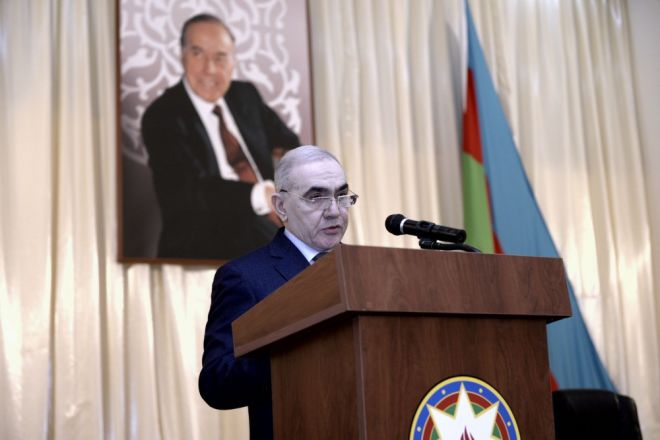 Defense Industry Minister Yavar Jamalov said: "Azerbaijan`s defense products are exported more than 10 countries", during an event dedicated to the 11th anniversary of the establishment of the Ministry.

Axar.az informs, te minister said that “Zarba” unmanned aerial vehicles and reconnaissance drones, new-manufactured at the Defense Industry Ministry’s enterprises, were successfully tested. “The serial production of the drones will begin in the near future in order to supply the Azerbaijani Armed Forces with “Zarba” drones,” added the minister. “In this regard, a memorandum of understanding has already been signed between the Defense Ministry and Defense Industry Ministry.”