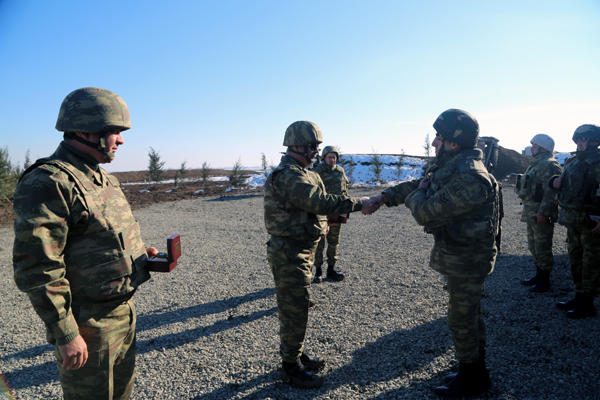 According to the instruction of the President of the Republic of Azerbaijan, Supreme Commander-in-Chief of the Armed Forces Ilham Aliyev, Defence Ministry leadership visited the military units located in the frontline and watched the enemy positions.

Defense Minister was briefed on the operational situation in the territory, levels of training of military units and the enemy located on the opposite side.

After congratulating the servicemen being on combat duty in the frontline with the 31st December The World Azerbaijanis Solidarity Day and New Year, Minister, on behalf of the Supreme Commander-in-Chief presented the medals and prizes to the servicemen for distinguished service.