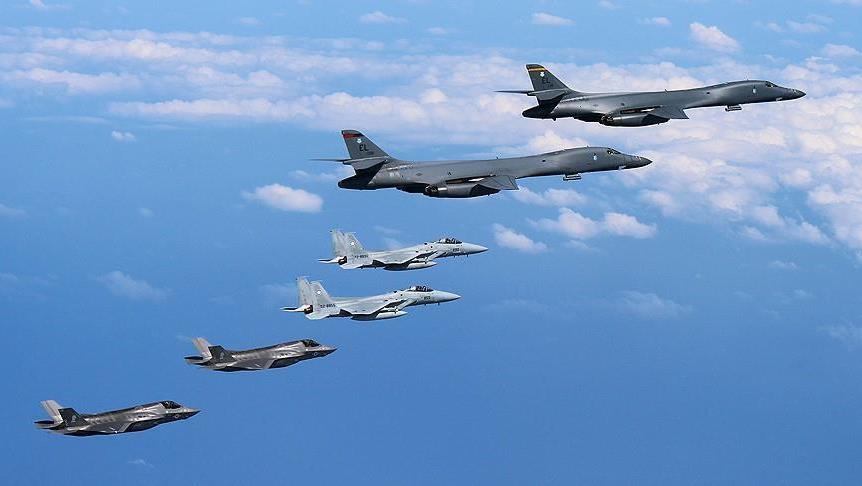 Axar.az reports citing AA that, Pyongyang's state-run media said the bombers were sent from Guam to the South and returned Thursday to prepare for a nuclear attack on the North.

The KCNA news agency described the move as part of a "frenzied U.S. scheme of threats and blackmail, which aims to crush our republic."

The North claims its own development of nuclear weapons - barred by the UN - is a sovereign right in response to American aggression.

Pyongyang's detection of the bombers also demonstrates North Korea's ability to spot foreign military aircraft despite claims to the contrary when the U.S. dispatched bombers near the reclusive state earlier this year.

The U.S. asserted in a Pacific Air Forces statement that its latest fly-by was not a specific retaliatory measure as has been the case following past North Korean nuclear and missile tests.

He will discuss military options, among ways to handle North Korea, with his counterpart from the South, Moon Jae-in, according to U.S. National Security Adviser H.R. McMaster.

Seoul's state intelligence agency has warned the North may be preparing a provocation in line with Trump's trip.