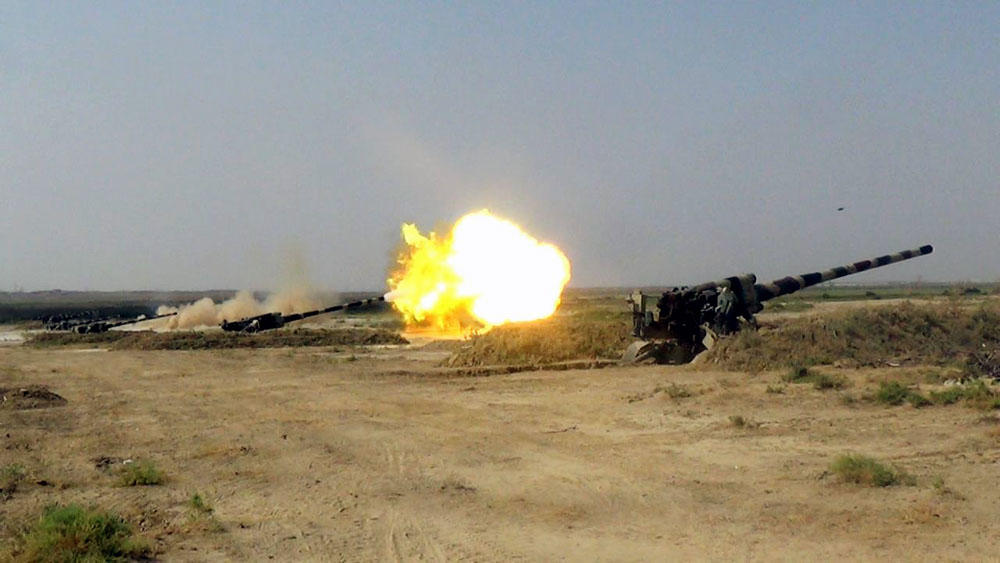 Practical actions of troops in the air, in the sea and on land with the performance of combat firing were checked at various firing ranges within the scope of Command-Staff War Games.

Axar.az reports citing MoD that according to the scenario, in the course of the main stage of the exercises, consisting of several parts, the interoperability, logistics, as well as command and control of troops during offensive operations were provided. The other tactical actions were also carried out during this stage.

The Minister of Defense Colonel General Zakir Hasanov has highly appreciated the professionalism of the military personnel involved in Command-Staff War Games and successful implementation of all the assigned tasks.