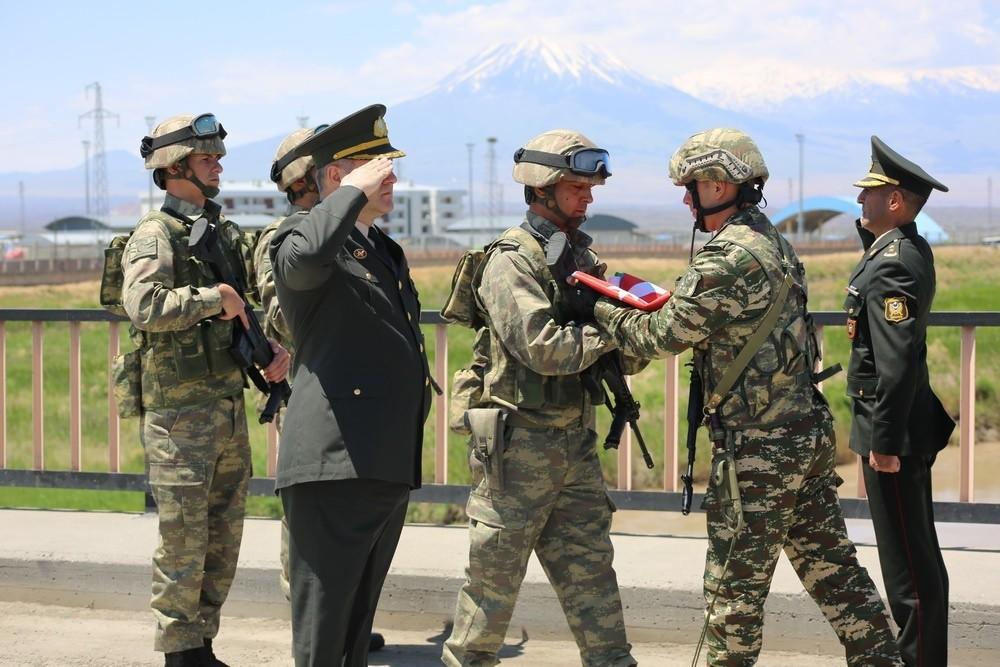 According to the agreement on military cooperation signed between the Republic of Azerbaijan and the Republic of Turkey, on June 7-8, Nakhchivan will host a joint tactical combat training "Unbreakable Brotherhood-2019".

As part of preparations for the training, the state flags of the two brotherly countries have been changed.

To celebrate the Flag Day, the flagman of the Commonwealth Army launched a march toward Nakhchivan's Sadarak crossing point on the "Umid" bridge over the Araz River.

At the same time, the flag of the Republic of Turkey went from Kars to the Sadarak border crossing point.

After the national anthems of Azerbaijan and Turkey were sounded on the "Umid" bridge, the national flags of the two brotherly countries were changed.