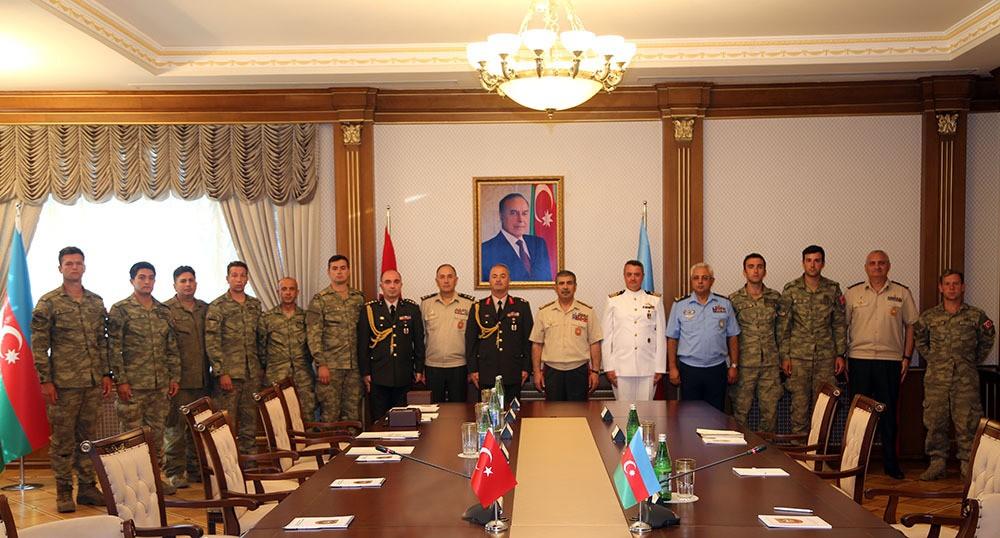 On August 20, the Minister of Defense of the Republic of Azerbaijan, Colonel-General Zakir Hasanov met with members of the Turkish Navy's rescue team, who actively participated in the search of the MiG-29 aircraft of the Air Force crashed.

The Ministry of Defense expresses sincere condolences to the family, relatives and friends of the pilot, Lieutenant-Colonel Rashad Atakishiyev from the moment of the accident.

Colonel-General Z. Hasanov expressed his gratitude to the leadership of the Ministry of Defense of Turkey, who responded to our request from the first day of the incident and sent a team of specialists to our country to assist in the rescue operations.

At the end of the meeting, the Minister of Defense highly appreciated the hard work and professionalism of the Turkish specialists and presented them with honorary orders and valuable gifts.