The area reconnaissance was conducted - Video 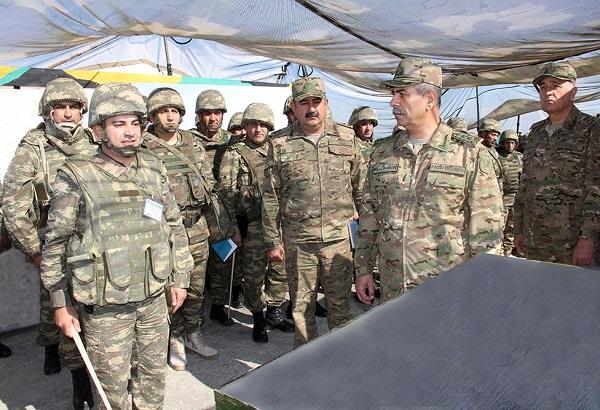 The Minister of Defense, Colonel General Zakir Hasanov visited one of the command-observation posts of large-scale exercises.

After hearing the reports of the commanders of types and branches of troops, commanders of army corps and formations, as well as other officials, the relevant tasks on the use of forces and equipment on the area were clarified.

Reconnaissance of the area was also carried out at other training points.The Minister of Defense visited points created in the field condition on the terrain, and training points at various training ranges, and gave relevant instructions in regard to the exact implementation of orders.