“Russian NATO” had training near the Afghan border 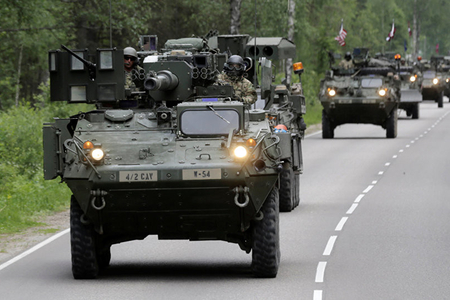 The drills of the Collective Security Treaty Organization (CSTO) dubbed "Enduring Brotherhood 2019," which will last until October 29, has opened at the Kharb-Maidon range in Tajikistan.

Axar.az reports that according to Commander-in-Chief of the Central Military District Alexander Lapin, the drills have special character and is remarkable for joint actions of the military contingents of six states.

"Regarding the unstable situation in the world and the escalating situation in Afghanistan, the joint actions of the states participating in the drills show the intention of our countries’ administrations to provide regional security on a legal basis,".