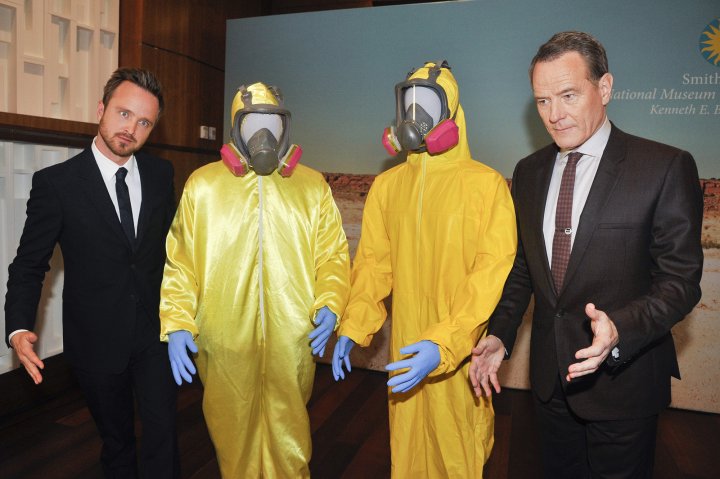 In case you just haven't gotten enough of Walter White and Jesse Pinkman, take comfort in knowing that you'll be able to experience the world of Breaking Bad in virtual reality.

Show creator Vince Gilligan is teaming up with Sony's PlayStation division to make a non-game virtual reality project based on the cult show. While both Gilligan and Sony are remaining mum on many of the details about it,

Sony did confirm that the project won't be releasing this year.

"We have Hollywood luminaries and TV show runners, places like the Smithsonian and [NASA's] Jet Propulsion Laboratory looking into what the technology can do for them," he said. "And recently you may have seen Vince Gilligan, the show runner for Breaking Bad, has leaked some information that we're working together, which we are, in bringing a Breaking Bad experience to virtual reality."

While Layden's not sure what the end product will look like, he remains excited for the project."I have no idea, but Vince has shown that he can deliver."