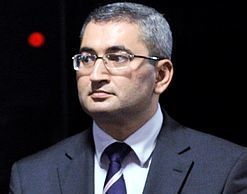 Elnur Sultanov - Azerbaijani ambassador to Brazil has received a diploma of an Honorary Citizen of Rio de Janeiro for his efforts to developing relations between the country and the city.

Ambassador Sultanov thanked Rio de Janeiro City Council, noting that he feels proud to receive the award. He described the award as a symbol of friendship between Azerbaijan and Brazil, as well as between twin cities of Baku and Rio de Janeiro.

He provided an insight into the role of national leader Heydar Aliyev in developing Azerbaijan after restoration of the state independence as well as successful internal and foreign policy carried out under President Ilham Aliyev. Elnur Sultanov told about traditions of tolerance and multiculturalism in the country. He also drew the audience`s attention to Armenia`s continuing military aggression against Azerbaijan.