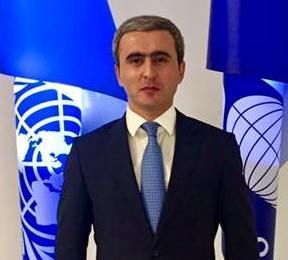 Vasif Eyvazzade told, Armenian officials have made provocative statements after the Lavash flatbread-making tradition was included to the UNESCO Representative List of the Intangible Cultural Heritage under the title of “Flatbread making and sharing culture: Lavash, Katyrma, Jupka, Yufka”.

Axar.az informs, according to APA, these remarks came from Vasif Eyvazzade, head of the international cooperation department of Azerbaijan’s Ministry of Culture and Tourism, amid Armenian media reports on Lavash.

The 11th meeting of the Intergovernmental Committee for the Safeguarding of the Intangible Cultural Heritage that was taken place in Ethiopia on November 28-December 2 passed a final decision over a document “Flatbread making and sharing culture: Lavash, Katyrma, Jupka, Yufka” developed and submitted to the organization by Azerbaijan, Turkey, Iran, Kazakhstan and Kyrgyzstan.

The organization pointed out that this culture is a widely widespread tradition in these five countries. Lavash has been a controversial dish long ago between regional countries and Armenia, which groundlessly claimed that this unique flatbread is an expression of Armenian culture.

“Following long discussions, through the UNESCO Secretariat, we stated that we can only agree on removal of all proposals of Armenia and recording the number of the decision dated 2014. The Armenian side has never been pleased with the decision adopted in 2014 regarding the file presented by Armenia to UNESCO. The law includes very important paragraphs and expressions due to the efforts of either the evaluation body or Azerbaijan and Turkey to prevent Lavash from being armenized and nationalized, and the Armenian side avoided to disclose the details of the law to its public and misinterpreted it,” he added.

The ministry official stressed that Armenia, through its actions and the issues it raises often, continues to falsify the regional peoples’ cultural heritage and history dating back thousands of years and demonstrate chauvinism, racial, religious and ethnic discrimination.