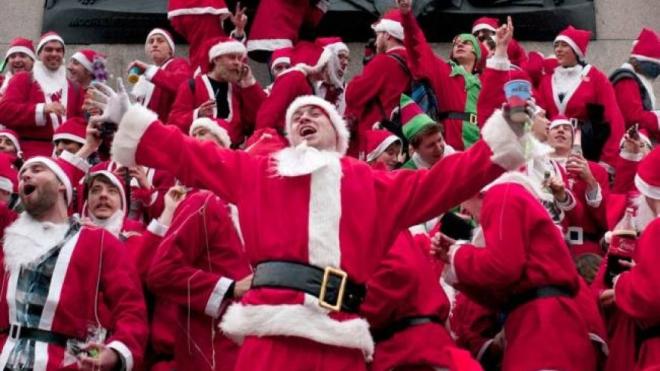 Today, many of us associate December with traditions and festivities that seem like an integral part of Christmas. However, this wasn’t always the case.

In fact, before the Victorian era, Christmas was only ever really minimally celebrated in Britain and in other English-speaking countries. It wasn’t until the reign of Queen Victoria and her German husband, King Albert, that Christmas became the truly festive celebration we recognize today. Thus, it is thanks to the Victorian era that most of our beloved Christmas traditions, such as Christmas cards, gifts, and Boxing Day, are popular. However, the Victorian era was also responsible for a few slightly odder traditions. Most of them, unfortunately (or in some cases fortunately), did not survive into today. To remember the most interesting of those that did not make the cut, we have compiled a list of the most unusual Christmas customs of yesteryear that are sure to put you in a festive spirit.

Wassail punch was a popular winter drink made from a mixture of fruit, cider, and spices. Victorians served it to carolers who went from house to house wassailing or singing Christmas carols and hymns. After all the carols were sung, the carolers were invited to the houses of Victorian families to share a sip of wassail from the communal wassail bowl. This tradition of inviting carolers for a sip of wassail was borrowed from the Elizabethan era.The recipes for Wassail punch varied from family to family, but it was important that the punch be hot. Families with old-fashioned taste based their wassail punch on ale or cider, which was heated until it became thick and foamy. Often, the foam that formed on top of the ale or cider was called “lamb’s wool.” Fresh nutmeg, cinnamon, cloves, lemon slices, and roasted crab apples were frequently added to enhance the flavor of the punch.

Even though the centerpiece of a Christmas dinner in Victorian England was usually a goose, most people earned only a couple of shillings a week and were far too poor to afford it. It was easier for poor working families living in rural areas since farmers often gave a bird or a piece of meat to their workers as a Christmas bonus, and squires frequently gave meals to their tenants. However, poor families that lived in towns and cities had no such opportunities of free Christmas meals. Thus, they often joined “Goose Clubs.” Members of this peculiar club paid a couple of pence a week into the club’s fund, which then went toward the purchase of a goose just before Christmas. This ensured that everyone, even the poorest families, could enjoy a traditional Christmas dinner. Frequently, local bakers stayed open late on Christmas day and cooked the geese for the poor.

During the Victorian era, and indeed right until the 1950s, football on Christmas day was a tradition important as any other. In an era when entertainment options were few, football frequently resulted in fans postponing their Christmas roast dinner to attend a match. Important matches were often played both on Christmas Day and Boxing Day. In 1888, for example, Everton played two matches on Christmas day, attracting about 2,000 people—a large crowd for the time. Their match on Boxing Day was less exciting (it was a draw) and resulted in a lower turnout (but then again, it was played in a shower of hailstones). The very first football league match played on Christmas Day was in 1889 between Preston North End and Aston Villa. Both teams were incredibly strong, and 9,000 people came to watch the match. When football leagues grew, fans started traveling longer distances to view Christmas Day matches. Fortunately, there was no public transport shutdown, and thus people could follow football leagues without difficulty. Later, when televised matches were introduced, this tradition was largely abandoned.

The goose feather tree—a collection of goose feathers dyed green and decorated with small ornaments—was the first artificial German, and later Victorian, Christmas tree. Feathers of swans, turkeys, and ostriches were also used. These peculiar Christmas trees were first brought over to America by German immigrants who found it difficult to find fir trees in their native land due to deforestation. At the time, it was popular to chop of the tip of a fir tree and use it as a Christmas tree. However, the rest of the fir tree then became useless as it could no longer grow or provide timber. Statutes were even created to stop people from having more than one Christmas tree to prevent excess damage to fir tree populations. It was not overly difficult to make these festive trees. All one needed was either sticks or wire and feathers. The sticks were covered with the feathers and then drilled into a larger stick to resemble branches. Often, the feathers were died green in imitation of pine needles.

The type of meat served to the table by Victorians largely depended on the wealth and location of the family. While the wealthy chose beef and turkey, especially for occasions such as Christmas, the poor were not able to afford such expensive meat and instead had to settle for something less extravagant, such as geese. However, sometimes even geese were far too expensive, and in such instances, poor families had to settle for a cheaper festive dinner. During the Victorian era, oysters were plentiful and cheap. Small oysters were often sold as fast food on the streets as well as pickled to keep for later. Bigger oysters were either put in stews and pies or eaten on their own. Oysters were also frequently consumed in public houses and went nicely with a pint of stout beer. Knowing this, it comes as no surprise that in this era, the demand for oysters, which were also known as “the poor man’s protein,” was high. For those who could not afford any other meat, it was oysters and not turkey that was most often the centerpiece of the Christmas dinner.