Fabulous life of the second richest man in the world 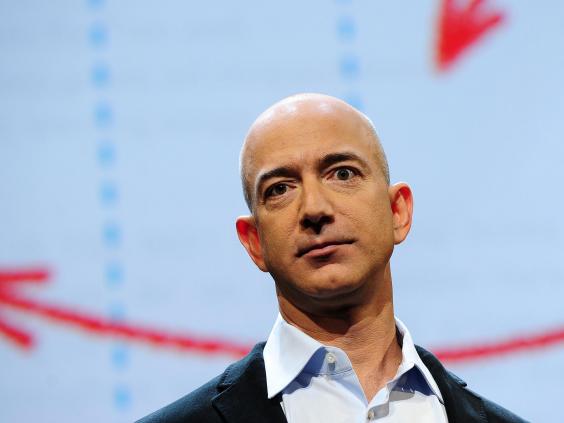 Jeff Bezos, founder and CEO of Amazon, is one of the most powerful figures in tech, with a net worth of roughly $82 billion.

Today, his “Everything Store” sells more than $136 billion worth of goods a year.

Here's how the former hedge funder got his start and became one of the world's richest people.

​Jeff Bezos' mom, Jackie, was a teenager when she had him in January 1964. She had recently married Cuban immigrant Mike Bezos, who adopted Jeff. Jeff didn't learn that Mike wasn't his real father until he was 10 but says he was more fazed about learning he needed to get glasses than he was about the news. ​

When Bezos was 4, his mother told his biological father, who previously had worked as a circus performer, to stay out of their lives. When Brad Stone interviewed Bezos' father for Stone's book “The Everything Store,” Bezos' dad had no idea who his son had become.

Bezos showed signs of brilliance from an early age. When he was a toddler, he took apart his crib with a screwdriver, because he wanted to sleep in a real bed.​

In school, Bezos told teachers “the future of mankind is not on this planet.” As a kid, he wanted to be a space entrepreneur. Now he owns a space-exploration company called Blue Origin.

After spending a miserable summer working at McDonald's as a teen, Bezos, together with his girlfriend, started the Dream Institute, a 10-day summer camp for kids. They charged $600 a kid but managed to sign up six students. The “Lord of the Rings” series made the required reading list.

Bezos eventually went to college at Princeton and majored in computer science. Upon graduation, he turned down job offers from Intel and Bell Labs to join a startup called Fitel.

After he quit Fitel, Bezos almost launched with Halsey Minor — who would later found CNET — a startup that would deliver news by fax.

Instead, he got a job at the hedge fund D.E. Shaw. He became a senior vice president after only four years.

Meanwhile, Bezos took ballroom dancing classes as part of a scheme to increase his “women flow.” Just as Wall Streeters have a process for increasing their “deal flow,” Bezos thought analytically about meeting women.

In 1994, Bezos read that the web had grown 2,300% in one year. This number astounded him, and he decided he needed to find some way to take advantage of its rapid growth. He made a list of 20 possible products to sell online and decided books were the best option.

Bezos decided to leave D.E. Shaw even though he had a great job.​

His boss at the firm, David E. Shaw, tried to persuade Bezos to stay. But Bezos was already determined to start his own company. He felt he'd rather try and fail at a startup than never try at all.

And so Amazon was born. MacKenzie and Jeff flew to Texas to borrow a car from his father, and then they drove to Seattle. Bezos was making revenue projections in the passenger seat the whole way, though the couple did stop to watch the sunrise at the Grand Canyon.

Bezos started Amazon.com in a garage with a potbelly stove. He held most of his meetings at the neighborhood Barnes & Noble.​

Amazon shares have continued to go up since the crash (until the recent market correction). It has now gone beyond selling books to offering almost everything you can imagine, including appliances, clothing and even cloud computing services.

Jeff Bezos was a demanding boss and could explode at employees. Rumor has it he hired a leadership coach to help him tone it down.