The top European travel destinations of 2017 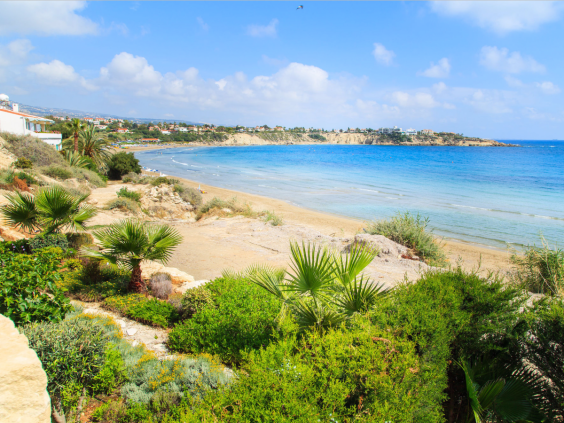 Lonely Planet has released its “Best in Europe” ranking of the 10 European destinations people should be visiting in 2017.

The “hotlist” of places you should add to your bucket list was compiled by Lonely Planet's travel experts.

Some of the choices are surprising. The UK's very own Leeds, a major student city which boasts a thriving nightlife to rival London's and a growing economy, made the top five.

Whether you're planning a foodie weekend away to discover the gastronomic delights of a new culinary destination, are looking for an off-the-beaten-track adventure, or just planning a staycation, the list provides plenty of holiday inspiration.

One of the best places to visit this summer is the Norman city of Le Havre, which this year will celebrate its 500th anniversary with a five month long art and music-filled fête. The harbour town boasts eye-catching modern architecture and serves as a great base for exploring the rest of the Normandy region.

Named the European Capital of Culture for 2017, the ancient port of Paphos and birthplace of Aphrodite is steeped in Greek mythology. Its sun-kissed shores are piled with historical monuments, including catacombs, temples, castles, medieval baths, Roman-era mosaics, and the Unesco World Heritage sites of Kato Pafos.

This country of secret wine cellars and lonely cliff-perched monasteries is little visited and lost in time. Its capital city Chişinău boasts a surprising Parisian-style cafe and bar scene brimming with local wine, which continues to rise to acclaim.

Travellers looking for an alternative to the techno mecca of Berlin or beer hotspot of Bavaria should try the northern region of the country. Beyond its stunning architecture, it boasts pristine coastline and “pint-sized islands.”

Leeds, a major student city, boasts a thriving nightlife which rivals London's and a growing economy. It is surrounded by stunning Yorkshire countryside and close to the dramatic Ilkley moor.

One of Europe's more under-the-radar destinations, Northern Montenegro boasts the stunning Adriatic coastline and is brimming with off-the-beaten-track adventures.

Galicia's lush countryside is lined with plunging cliffs, idyllic fishing villages, and hundreds of beaches. It's one of Spain's most popular gastronomic destinations and is famed for its seafood.

Located off the Swedish coastline, the ancient Baltic of Gotland is most famous for its midsummer celebrations which fall in June. It boasts breathtaking scenery, with mysterious forests, time-warped fishing villages, and tranquil sandy beaches.

Zagreb is Lonely Planet's number one European destination for 2017. While many travellers are drawn to the crystalline waters of Croatia's extensive coastline, the city offers a mix of stunning communist architecture and sun-splashed Austro-Hungarian squares. It is also home to a burgeoning food and craft beer scene.