10 places you cannot visit even if you want to 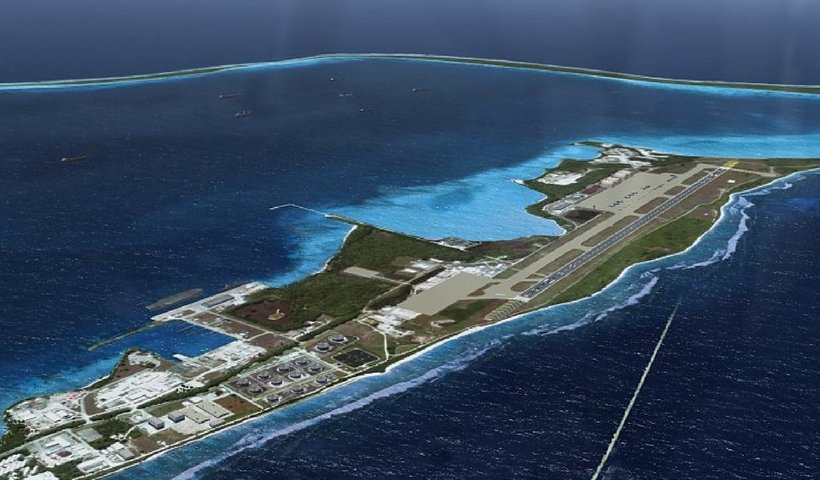 When you start planning a vacation, the world is at your fingertips. Where will you travel next? How will you get there? What is waiting for you once you arrive?

There are some locations, however, that you will never be allowed to visit, mostly for good reason! In this article, we are going to explore the locations that you either will never want to visit, or are just dying to find out what is there.

1. Snake Island, Brazil
Located off the coast of Brazil, Snake Island contains Golden Lancehead Vipers. These snakes have venom that can melt human skin and kill extremely quickly. The Brazilian government has forbidden any travellers from stepping onto this island as it is predicted that there are around 4000 snakes, which equates to one snake per square meter. This location is definitely a nightmare concept for many.

2. Area 51, Nevada
If you don’t know what Area 51 is, you have some Googling to do! Area 51 is a government facility that conducts tests on…well, we aren’t sure what. In the past it was used to test certain aircrafts, which is what many people misunderstood as seeing Alien saucers flying through the sky. But this was years ago…so what happens now? We can only guess what is going on, but this area was not officially acknowledged by the government to exist until around 2013.

3. North Sentinel Island, Andaman
A fascinating island located off the coast of Thailand contains one of the most untouched tribes in the world. This beautiful tropical island is surrounded by a large coral reef that will wreck any boat that approaches. If you happen to make it past the coral reef, just know that the tribe waiting for you is considered one of the most dangerous tribes and you will most likely be killed. In the early 2000’s, two fishermen got a little lost when they were out fishing and landed upon the shores of North Sentinel Island. They were discovered by the tribe and then killed. India has tried countless times to create a relationship with this group of people to no avail. Currently, you are not allowed to go within a three mile radius of this island due to obvious safety concerns.

4. Svalbard Global Seed Vault, Norway
Created to stand the test of time, the Svarlbard Global Seed Vault contains 864, 309 samples of seeds from around the world. These seeds are protected from any disaster, man made or natural, to provide an opportunity to rebuild after any possible disaster in the future. It is located on an island called Svalbard in Iceland where very, very few people even have the keys to the building. Only a select few are able to go inside on days when they are accepting new seeds.

5. Bohemian Grove, San Francisco
Possibly the most unsettling and bizarre gatherings in America is that of the Bohemian Grove. What sets this elite group apart from the rest of the cult-like gatherings, is that the attendees are the richest and most powerful men in America. To enter the club, you must pay $25,000 after being on a 15 year long waiting list. Then, each year, you maintain your membership by paying $5,000. You must also have an Ivy League College Education. Members have included George H. W. Bush, Clint Eastwood and Richard Nixon. To make a long story short, this brotherhood involves a variety of groups within the Bohemian Grove that all have different roles. In addition to this, activities such a practicing rituals reminiscent of the Occult and dressing up in Drag Queen costumes have been caught on camera throughout the years. Only two individuals have witnessed this gathering. Alex Jones, a far-right wing radio show host and filmmaker snuck onto the premises and actually caught the bizarre rituals on camera. Alex Shoumatoff, a writer for Vanity Fair was on the premises for approximately four hours before being arrested.

6. Surtsey, Iceland
This beautiful island is very young. It appeared in 1963 after a volcano erupted and caused this island to form. Today, no one is allowed to go near this island as it is one of the only land masses untouched by humans. Scientists are allowed to visit the island to study it but must clean up thoroughly after themselves. They sleep in a tiny cabin on bunkbeds in an effort to ensure minimal impact on the land.

7. Chapel of the Ark of the Covenant, Ethiopia
The Chapel of the Ark of the Covenant contains the two stone tablets that God gave Moses, containing the Ten Commandments. It is also claimed that Aaron’s Rod and a Pot of Manna is in the case as well. Manna is the edible substance given to the Isrealite people by God to sustain them during their travels in the dessert. Only one priest is allowed to view the Arc, if anyone else sees it, it is claimed that they will implode.

8. Pripyat, Ukraine
Founded in 1970, Pripyat was a busy city with 49,360 people. Unfortunately located near Chernobyl, Pripyat was permanently evacuated in 1986, the day after the nuclear disaster.

9. Diego Garcia, British Indian Ocean Territory
Once inhabited by 2000 people, Diego Garcia is a beautiful small island in the middle of the Indian Ocean. In 1973, the British evicted all inhabitants in order to allow the United States to build a Military Base on the entire island. Today it is still used for the American army.

10. Lascaux Caves, France
The Lascaux Caves are located in the southern part of France, containing cave paintings that are estimated to be 20,000 years old. They were originally open to the public to view in the mid 1900’s, however, after an odd mould breakout (which was destroying the paintings), they closed this attraction to the public in 1963.