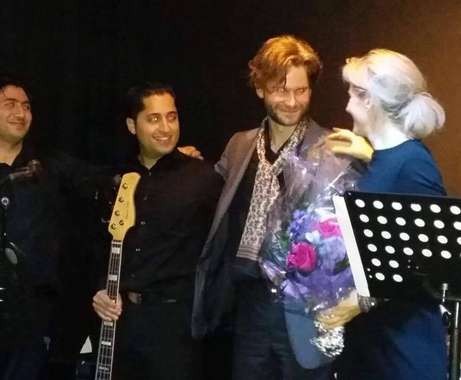 The musicians have performed the world-famous jazz hits of the 20th-century by composers such as George Gershwin, Kurt Julian Weill as well as Antonio Carlos Jobim and Jerome David Kern.

The event was organized by Vienna cultural organization the "Culture Meeting Point".

The event received full attendance. The audience called the musicians for an encore.

The concert was also attended by representatives of the Azerbaijani embassy in Australia, Azerbaijani students studying in Vienna and art figures.

"JazzNights at ALMA" is the second joint concert of Austrian trio "Chasing Delight" and Azerbaijani musicians. The first concert titled "Jazz Trio with a Classical Duo" took place in December 2015, with the participation of Azerbaijani musicians, graduates of The Franz Liszt Academy of Music in Budapest- pianist Jale Rasulova and violinist Farid Feyzullayev.

The concert program was dedicated to the 20th anniversary of cultural organization "Culture Meeting Point".