A wonderful trip to Gusar region 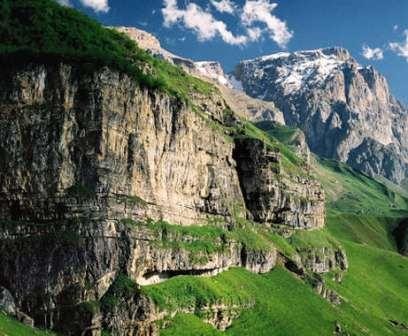 The event held on April 11 aimed to familiarize Baku residents and guests with social and economic development, the ancient and rich culture and traditions of Gusar and promote its tourism potential.
Visitors first enjoyed the exhibition reflecting history, culture and tourism potential of Gusar region. The exhibition also displayed the works by craftsmen, samples of national cuisine and fruits and vegetables cultivated in the region.

Culture and Tourism Minister Abulfaz Garayev, addressing the event, said the government pays great attention to the socio-economic development of the country's regions. In this regard, active efforts are being made for the restoration and preservation of ancient national heritage, monuments, nature reserves as well as the development of tourism sector and modernization of infrastructure.

The minister further informed the participants about the ongoing "From the regions to the capital" project launched in 2015. The project already saw events dedicated to Khachmaz, Masalli, Gabala, Guba, Sheki, Gadabay, Ismayilli and Shamkir regions and each one was a huge success, achieving its target.

Later, Head of the Gusar Region Executive Power Shair Alkhasov said that the project gives the opportunity to demonstrate local culture, folklore and tourist potential of this region.

In the end, the audience was shown video about Gusar region and enjoyed the concert with participation of masters of art.

Gusar, one of the most attractive regions of Azerbaijan, has been announced “The capital of Azerbaijan’s folklore 2016”. The north region will hold the title in accordance with the "Folk Art Capitals" program by the Azerbaijani Culture and Tourism Ministry.

Gusar has all the conditions necessary for ecological tourism, and here tourists might observe historical monuments and samples of folk art in the village of Anig, as well as become familiar with samples of folk art and the traditions of the local population.​