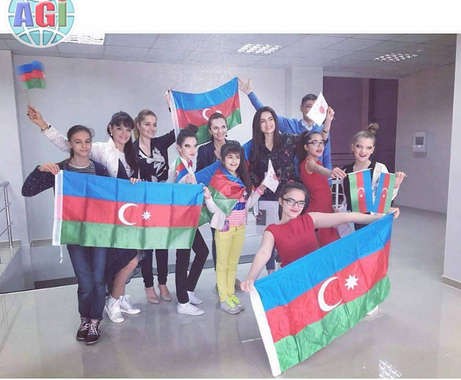 Noteworthy, it's the second time when Rasul Guliyev, member of Jam SS team won in the category of "Hip Hop solo dance"

National dancer has once again proved that Azerbaijan has the strongest solo dancers.

Talent and patriotism of Emil Panakhov`s students amazed and delighted everyone.

"I'm proud of our dancers who once again successfully presented our country at international tournament,"said President of Azerbaijan Modern and Social Dance Association Aziz Azizov.

He said that further they plan to participate in the Azerbaijan Championship, World Dance Olympiad in Moscow, summer camps featuring master classes. "I'm proud that our workers of art, who adequately responded to all provocations with their head held high, as leader of the region in all aspects! I would especially like to note the high skill of our fellow dancers and organizers from Georgia. It was a pleasure working in such a warm and friendly atmosphere," he emphasized.