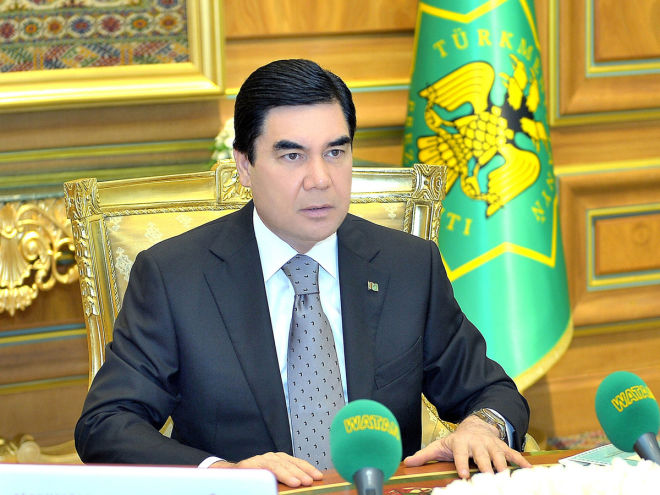 The Caspian Sea is located at the crossroads of continental routes, quoting a speech made by the Turkmen President Gurbanguly Berdimuhamedov at the Caspian Economic Forum in Awaza.

Axar.az informs that, "The territories of the Caspian littoral states have direct access to South Asia and the Asia-Pacific region in the east, the Black Sea and the Mediterranean Sea in the west, the Near and Middle East (via Iran) in the south, and the coast of the Baltic Sea via Russia further to the north. This opens up prospects for creating sustainable routes along all four major geographical azimuths, the Turkmen leader said.

It was also noted that the Caspian littoral states need to establish a good system of transport communication between themselves, build a modern port infrastructure, and ensure efficient logistics.

More active work should be carried out on cooperation plans in the transport sector, with clearly defined action algorithms and realistic deadlines, the head of state said. He made emphasis on the idea of ​​creating a Caspian regional logistics center, designed to become a structure coordinating joint activities in the formation and efficient use of new transport and transit corridors connecting Asia with Europe.

It was noted that the Caspian Economic Strategy of Turkmenistan is based on the implementation of large-scale and long-term projects in such areas as energy, industry, transport and trade. In this context, the establishment of effective trade relations of the Caspian region with foreign markets is of particular importance.

The Turkmen head of state went on to say that it is necessary to actively interact with the UN Economic Commission for Europe, the UN Economic and Social Commission for Asia and the Pacific, the World Trade Organization, and other specialized international structures, to speak at these platforms based on a common, agreed position.