JD Salinger: novels finally to be published as ebooks 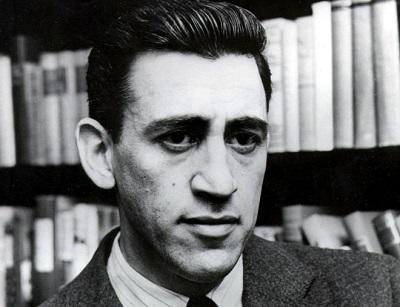 The works of The Catcher in the Rye author JD Salinger are finally being published in ebook format, nearly 10 years after his death.

Salinger's work has remained offline because the writer hated computers and technology, his son Matt told the New York Times.

But he said he now wanted his father's work to be more accessible.

Matt Salinger said a letter from a disabled fan, who found it difficult to read print, changed his mind.

"Ebooks and audiobooks are tough... he clearly didn't want them," said Matt, who helps run the JD Salinger Literary Trust.

He explained that he had resisted requests to issue e-books for years because of his father's aversion to the internet, recalling how an attempt to explain Facebook to his father left him "horrified".

But it was after Matt was contacted by a disabled Salinger fan that he began to have a rethink. She told him she found it difficult to read printed books.

"She took me personally to task in a very sharp but humorous way, and from the moment I read her letter I was committed to figuring out a way to let her read my father's books, as she so wanted," Matt said.

Salinger's four published novels will all be available as ebooks - The Catcher in the Rye, Nine Stories, Franny and Zooey, and Raise High the Roof Beam, Carpenters and Seymour.

There was a powerful explosion in Beirut

West has just one interest in Belarus - Pushkov