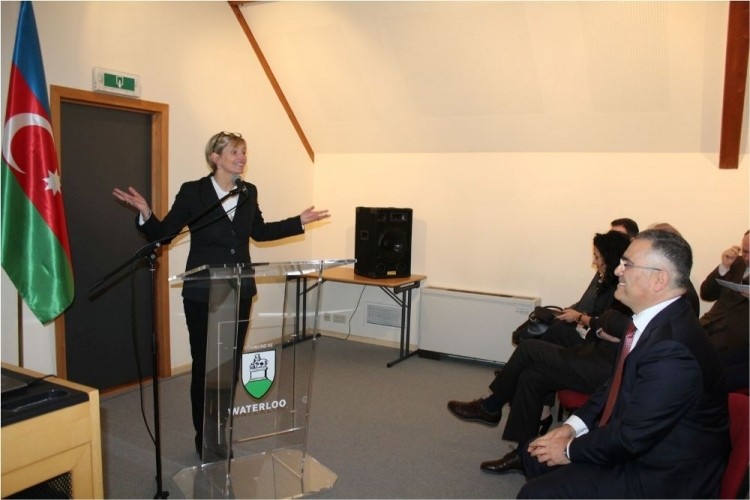 On February 18, an imposing statue of prominent Azerbaijani poetess Khurshidbanu Natavan was unveiled in Waterloo, Belgium, the Heydar Aliyev Foundation.

In his speech at the opening, Azerbaijani Ambassador to Belgium Fuad Isgandarov noted that the realization of this project became possible thanks to support from President of the Heydar Aliyev Foundation, Azerbaijan’s first lady Mehriban Aliyeva.

“Nineteenth-century poetess Khurshidbanu Natavan mostly dedicated her poems to humanism, benevolence, friendship, and love. The unveiling of a statue of Azerbaijani poetess and thinker Khurshidbanu Natavan is a symbolic event. This remarkable event is a new page in relations between Azerbaijan and Belgium,” said the ambassador.

Waterloo city mayor Floran Töter said he is content with cooperating with Azerbaijan and welcomed the raising of the statue of Khurshidbanu Natavan in the center of Waterloo.

The statue erected in the central park of Waterloo was prepared by sculptor Imran Mehdiyev under the direction of Azerbaijani People's Artist Tahir Salahov.