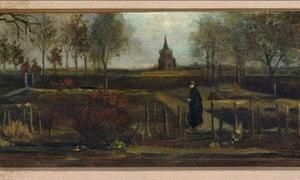 A Van Gogh painting has been stolen from a museum in the Dutch town of Laren.

The museum later announced that Van Gogh’s Spring Garden, on loan from the Groninger Museum, was missing.

The Singer Laren Museum is closed due to the coronavirus. Its director, Jan Rudolph de Lorm, told reporters he was "incredibly pissed off" over the theft.

The value of the painting is not currently known.

The museum was created in the 1950s to host the collection of US artist William Henry Singer and his wife Anna.