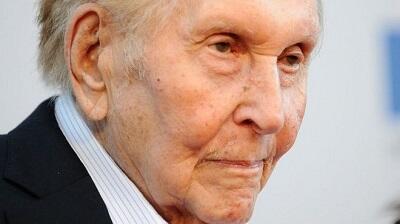 Sumner Redstone, one of the US media giants who shaped the modern entertainment industry, has died at the age of 97.

Axar.az reports that, redstone took over his father's drive-in movie theatre business National Amusements and turned it into a multi-billion dollar cinema and media empire.

His fearsome and fearless approach saw him take on top film executives and even feud with family members.