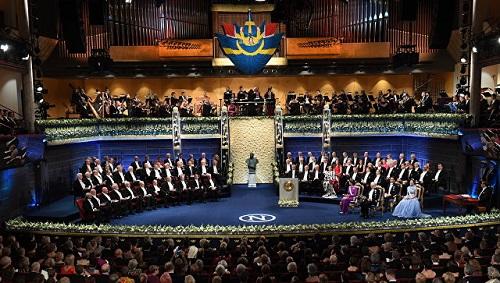 The Nobel Committee has decided to cancel the traditional Nobel Prize ceremony in Stockholm due to a coronavirus.

Axar.az informs that, the statement came from the Committee's press service.

"The traditional Nobel Prize ceremony at the Stockholm Philharmonic and the banquet at the town hall have been canceled. Diplomas and medals will be awarded to the winners via live broadcast,” the statement said.

It should be noted that the presentation of the Nobel Prize was traditionally held on December 10. Prizes were awarded to the winners by the King of Sweden.