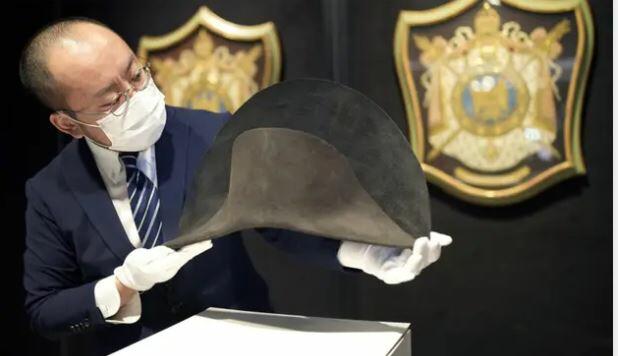 A newly discovered hat with DNA evidence proving it belonged to Napoleon Bonaparte has gone on display at auction house Bonhams in Hong Kong.

Axar.az reports citing the foreign media that the estimated price for the hat – £100,000-150,000 – was cautious as the hat was only recently proven to have belonged to the emperor.

Described by Bonhams as the “first hat to bear the emperor’s DNA“, it is being previewed in Hong Kong before it moves to Paris and then London, where it will be auctioned on 27 October.