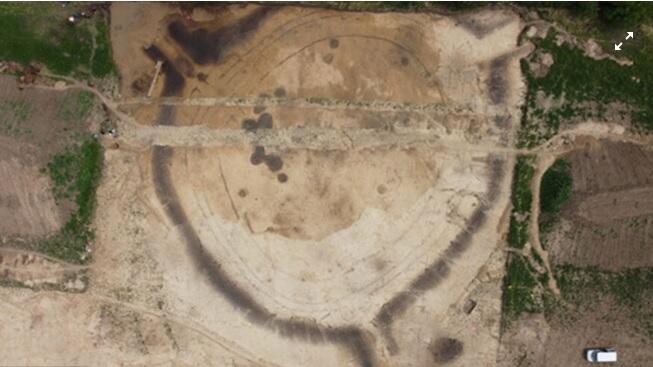 Archaeologists digging near Prague have discovered the remains of a Stone Age structure that’s older than Stonehenge and even the Egyptian pyramids: an enigmatic complex known as a roundel.

Axar.az reports citing foreign media that nearly 7,000 years ago during the late Neolithic or New Stone Age, a local farming community may have gathered in this circular building, although its true purpose is unknown.

"The excavated roundel is large - about 55 meters in diameter, or about as long as the Leaning Tower of Pisa is tall. And while “it is too early to say anything about the people building this roundel,” it’s clear that they were part of the Stroked Pottery culture, which flourished between 4900 B.C. and 4400 B.C., Jaroslav Řídký, a spokesperson for the Institute of Archaeology of the Czech Academy of Sciences (IAP) and an expert on the Czech Republic’s roundels, told Live Science in an email.