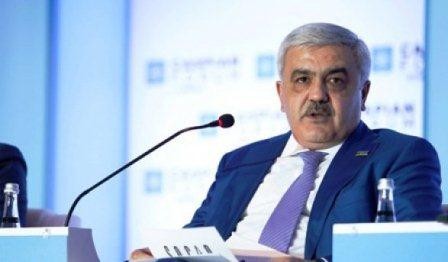 Leadership of the State Oil Company of Azerbaijan Republic (SOCAR) will visit Greece. at the end of this month to discuss the privatization of gas distribution network operator DESFA.
President of SOCAR Rovnag Abdullayev said:

"We are negotiating on this issue.They are also waiting for the meeting. Probably at the end of this month, we will hold a meeting with the leadership of Greece. I will participate in this meeting", R. Abdullayev said.

Notably, Italian Snam intends to participate with the State Oil Company of Azerbaijan (SOCAR) in privatization of 66% of Greece's gas network operator DESFA.

According to information, Snam representatives met with officials of the Ministry of Energy of Greece on September 20.

SOCAR originally agreed to purchase a 66% stake in DESFA for €400mn after winning an international tender in 2013.

However, the acquisition of major stake in the Greek gas transmission operator is still on hold as the European Commission intervened to demand that it surrender 17% to a certified European operator.