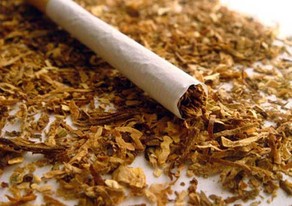 During January-February this year, tobacco and tobacco products of 14 432,34 thousand USD imported to Azerbaijan.

Tthe State Customs Committee, this figure is 49 928,63 thousand USD or 4,5-fold less in comparison with first two months of 2015. As a result, tobacco and tobacco products, imported to the country during January-February of 2016, made 1,47% of total import.