US not competitor, but partner to Azerbaijan 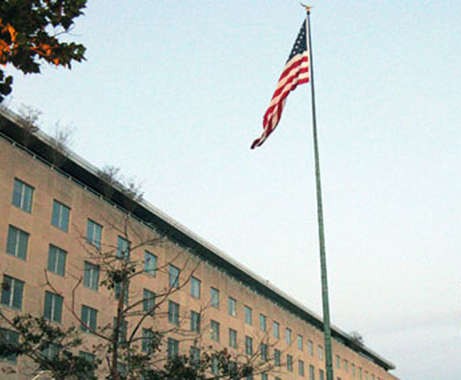 The US is not a competitor to Azerbaijan in the European gas market at all, says Amos Hochstein, the US Department of State special envoy and coordinator for international energy affairs.

Azerbaijan's gas resources will be supplied to Turkey and Europe, and these supplies are critically important, he added speaking to local media May 6.

Hochstein said the US gas supplies will in no way get to the region of Europe, where the Azerbaijani gas is to be supplied.

"We can only supply maybe to Lithuania, Spain and Portugal, so I don't see it as a competition," he explained.

Hochstein went on to add that there won't be any competition between the Azerbaijani and the US gas in the future, because the gas Azerbaijan will supply to Europe has already been sold.

"We are not competitors, we are partners," he added.

The US started the export of liquefied natural gas to Europe in April 2016. The first tanker from Louisiana, the US, arrived in the Portuguese port of Sines on April 27.

The first gas from the Azerbaijani field Shah Deniz is expected to reach Europe via the Southern Gas Corridor in 2020.