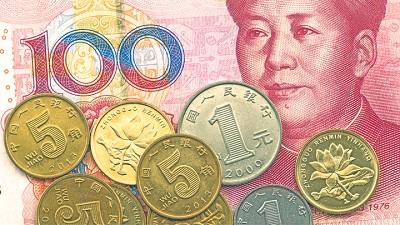 The Chinese yuan dropped to its lowest levels against the U.S. dollar since December on Monday as the trade war between the United States and China escalated, with each country putting new tariffs on the other’s goods.

China plans to impose tariffs on $60 billion worth of U.S. goods, the finance ministry said on Monday, after the United States announced a tariff hike on $200 billion of Chinese products on Friday.

U.S. President Donald Trump said Beijing “broke the deal” by reneging on earlier commitments made during months of negotiations while China said on Sunday it would not swallow any “bitter fruit” that harmed its interests.

The yuan weakened to as far as 6.91, its lowest level since Dec. 24. China is expected to intervene to stop any plunge through 7 against the dollar.

Rising tensions between the two countries has also increased fears that China may sell its vast holdings of Treasuries as punishment or as a negotiation tactic against the United States.

That hurt the greenback against safe haven currencies the Japanese yen and Swiss franc as well as the euro.

“They own a sizable chunk of Treasuries and that’s got the market spooked a little bit and has got the dollar trading on the defensive against some of the other major currencies,” said Bipan Rai, North American head of FX strategy at CIBC Capital Markets in Toronto.

The euro may also benefit against the dollar as the eurozone has a balance of payments surplus, and “in times of trade war surplus currencies tend to do reasonably well,” Rai said.

Investors are also focused on whether Trump will impose tariffs on imported cars and auto parts as talks continue with the European Union and Japan.

Trump received a “Section 232” investigation report in February, widely believed to have concluded that car and auto part imports pose a risk to national security. The president’s 90-day deliberation period is due to end on May 18.

“The market is expecting that the Trump administration will extend that deadline. If there is no indication that they will you could see equities take a bit of a pounding this week,” Rai said.