Azerbaijan can export gas from Absheron field to Europe 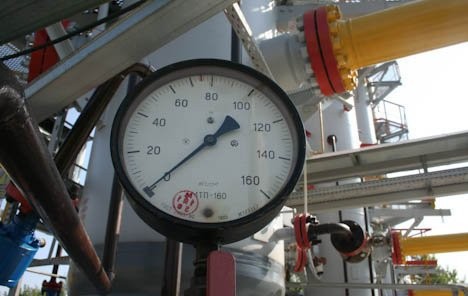 It will be possible to export the gas of Azerbaijan's Absheron field to Europe via the Southern Gas Corridor, says Azerbaijan's Deputy Energy Minister Natig Abbasov.

He made the remarks during a meeting with representatives of the Movement of the Enterprises of France (MEDEF) in Baku, read a message from Azerbaijan's Energy Ministry.

"The capacities of TANAP and TAP pipelines will make it possible to export the gas of Absheron field as well," said Abbasov.

During the meeting, vice-president of France's Total company for Azerbaijan, Kazakhstan and Tajikistan Thierry Darrigrand noted that the company needs support in selling the gas to be produced at Azerbaijan's Absheron field.

The first volumes of gas from Absheron gas and condensate field is expected to be received in late 2021 and early 2022, according to the forecasts.

The final investment decision on the project will be adopted in the fourth quarter of 2017, while the first well at the field is expected to be drilled in the third quarter of 2019.

The Southern Gas Corridor is one of the priority energy projects for the EU. It envisages the transportation of gas from the Caspian Sea region to the European countries through Georgia and Turkey.

At the initial stage, the gas to be produced as part of the Stage 2 of development of Azerbaijan's Shah Deniz field is considered as the main source for the Southern Gas Corridor projects. Other sources can also connect to this project at a later stage.