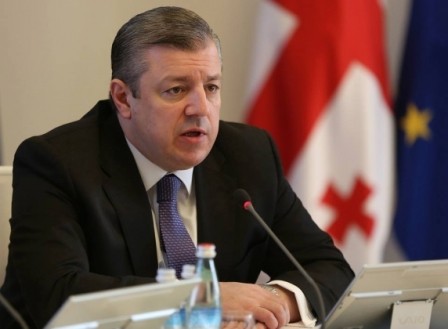 Georgia discussed only technical issues with Russia, but agreed with SOCAR in the end, Prime Minister of Georgia Giorgi Kvirikashvili said while responding to claims of opposition on secret negotiations with Gazprom.

He called “speculation” the processes around Gazprom.

Georgian PM added that Azerbaijan takes the firts place in energy supply of Georgia. "Azerbaijan plays important role not only in energy security of Georgia, but also the world", he said.