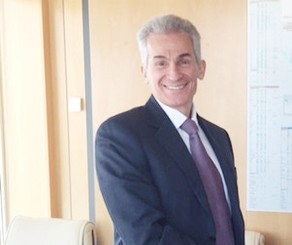 The State Oil Company of the Azerbaijan Republic (SOCAR) is supplying liquefied natural gas to new buyers as it waits for global volumes to reach the “critical mass” needed to trade the fuel.

A. Azimov noted until then it will focus on projects that involve using LNG to generate power in nations from Africa to southeast Asia.

Socar is hoping to benefit from emerging nations’ rising power demand, which the International Energy Agency expects to more than double by 2040. “When supply rises, people see lower prices, see this resource as more attractive and invest in infrastructure to consume it,” Azimov said in a telephone interview. “The preferred way for them is construction of a package in one place, which is our specialization.”

A. Azimov said SOCAR, which only trades crude and oil products, is participating in tenders for projects to build a power plant together with a regasification and storage facility, both as an equity holder and an LNG supplier.

The company, which doesn’t produce its own LNG, is a shareholder in and sole supplier to a project nearing completion in Malta.

A. Azimov said it already contracted the fuel, he said, declining to disclose the origin. According to him LNG hasn’t reached the same level of liquidity as crude or coal, he said.

“When we accumulate a critical mass of consumption and participation in projects linked to consumption of LNG, then we will naturally start trading,” Azimov said. To organize trading isn’t a problem “if you already have a trading system and if you can assess and manage risks. If all the infrastructure is in place, to start trading you will just require traders who need relevant network and experience, but it’s a matter of five to six months" - CEO of SOCAR Trading said.

A. Azimov noted “Pure trading” at the moment doesn’t offer profit without access to production, consumption or transport infrastructure, he said.

“Buyers and sellers are still mainly either consumers or producers,” Azimov said. “Every cargo has a certain linkage to the port of origin and departure. There is no mobility and flexibility that other trading commodities have, therefore we don’t treat it as a trading commodity yet.”

According to theInternational Energy Agency IEA Global LNG export capacity will increase by 188 billion cubic meters from 2015 to 2021, of which 90 percent will originate in Australia and the U.S..

“Every next terminal, every next vessel, every next producer or consumer is adding to this package, contributing to the growth of liquidity,” Azimov said. “It is still far from that stage when it becomes a commodity. There are attempts but a critical mass is needed.”