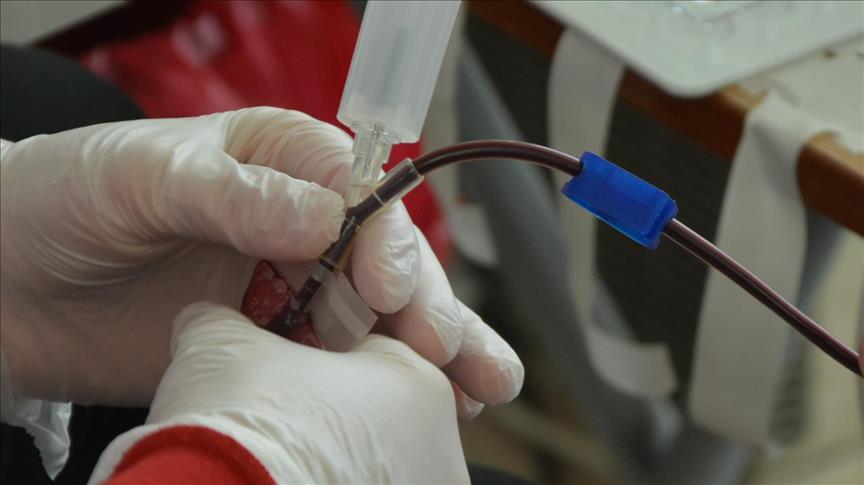 Scientists say they have made a significant leap towards mass-producing red blood cells suitable for donation.

Axar.az reports that red blood cells can already be made in the lab, but the problem is scale. A team at the University of Bristol and NHS Blood and Transplant have developed a method to produce an unlimited supply.

The artificial blood will be far more expensive than conventional donation. So it is likely to be used for people with very rare blood types. The old technique involved taking a type of stem cell that manufactures red blood cells in the body and coaxing it to do so in the lab.

However, each cell eventually burns out and produces no more than 50,000 red blood cells.
The trick developed by the Bristol team was to trap the stem cells at an early stage where they grow in number indefinitely.

It is known as making them immortal. Once the researchers have this group of cells, they can just trigger them to become red blood cells.

Dr Jan Frayne, one of the researchers, said: "We have demonstrated a feasible way to sustainably manufacture red cells for clinical use.

"We've grown litres of it."