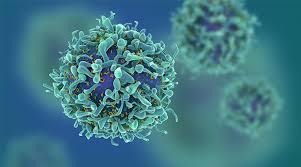 Men born at high risk of developing prostate cancer should have extra checks every year from the age of 40, experts say.

Men with certain mutations in their DNA, their genetic code, are more likely to develop prostate cancer.

Scientists at the Institute of Cancer Research (ICR) said an annual blood test could help spot tumours early, when they were easier to treat.

Prostate Cancer UK said any decisions needed to be made carefully.

The ICR researchers said about one in 300 men in the UK had mutations in Brca2, which increases their risk.

However, most will not know whether they carry the mutation in their DNA as it is not routinely tested for.

Brca2 mutations are the same genetic errors that increase the risk of breast and ovarian cancer in women - and men will have been tested for it only if such cancers run in the family.