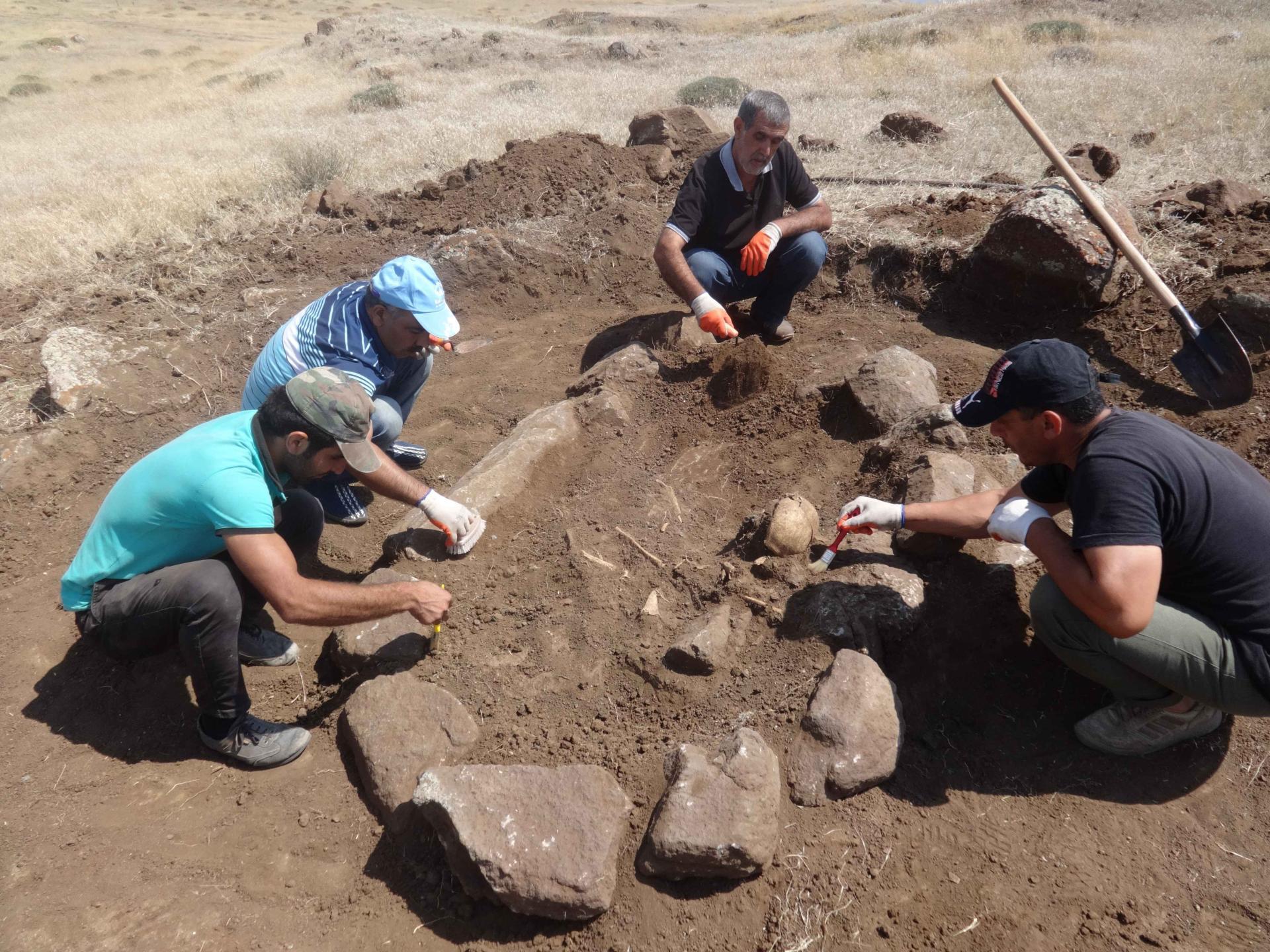 Archaeologists have discovered exceptionally well preserved statues and coffins made of high-quality limestone at a newly discovered cemetery near the pyramids at Giza, Egypt. According to scholars, one of the oldest tombs date back to 2,500 BC.

Inside the tomb are statues and elaborate wooden masks, possibly depicting the men in the chamber and their families. The inscriptions read that one of those entombed there was a man by the name of Behnui-Ka, who worked as a priest and a judge, serving several pharaohs — including Khafre of the fourth dynasty; the second was a man named Nwi, the "chief of the great state", "overseer of the new settlements", and "the purifier of King Khafre".