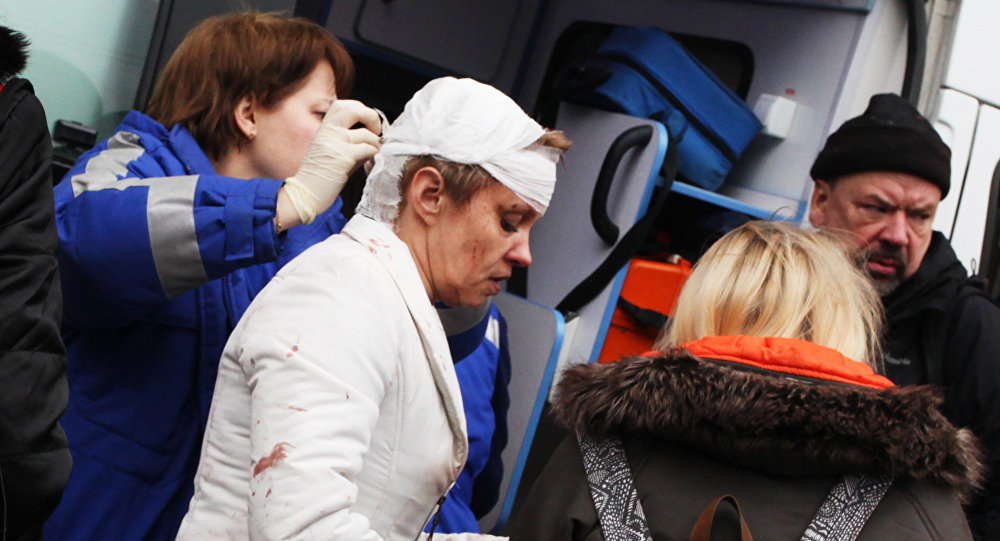 Officials have revised the previous fatality count from 10 to 11 after an explosion in a St. Petersburg subway car on Monday. Eight individuals have been added to the list of people with injuries from the attack, the investigating commission said.

Axar.az reports a deadly blast in St. Petersburg occurred on the city's metro line between the Sennaya Square and Teknologichesky Institute. The event may have been the result of suspects with intentions of arousing terror in the enemy, as the investigation began under Article 205 of the Russian Criminal Code, which is specifically for investigations into terrorist attacks. "The investigators will probe other potential causes of the attack," Russian Investigative Committee spokeswoman Svetlana Petrenko said in comments after the scene had been secured.

The City of St. Petersburg immediately declared a three-day period of mourning in wake of the attack. The perpetrators have not been identified and their intention is not well-known.

"The authorities of the city and the federal ones if needed will take all necessary steps to provide help to the relatives of the killed, barbaric" President Vladimir Putin said, according to the Kremlin's information service.