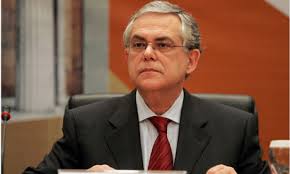 A former Greek prime minister has been injured in a car bombing in Athens today.

Greek police say Lucas Papademos was targeted in the attack in central Athens, with injuries reported in the area.

Other reports said Papademos, PM from 2011 to 2012, had been targeted by a letter bomb.