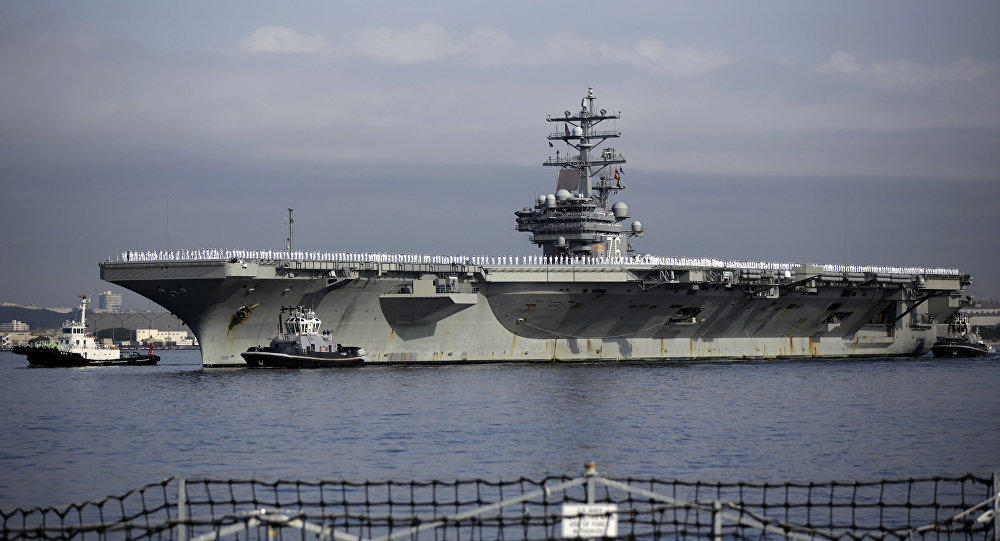 A US Navy aircraft with 11 people aboard has crashed in the Pacific Ocean en route to the aircraft carrier USS Ronald Reagan in the Philippine Sea.

"A United States Navy aircraft carrying 11 crew and passengers crashed into the ocean southeast of Okinawa at approximately 2:45 p.m. today," the US Navy statement read.

The reason behind the incident remains unknown. The names of those who were on board are being withheld, pending next of kin notification.

According to the statement, personnel recovery is underway and their condition will be evaluated by USS Ronald Reagan medical staff.