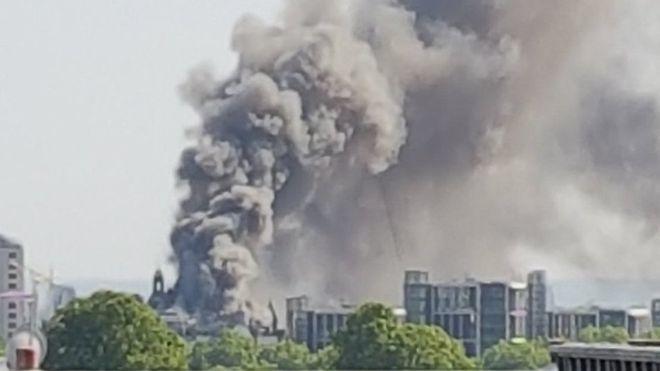 The fire department reports of a huge fire that set ablaze a hotel of 12 floors in central London. The black smoke started to spread over the city.

Earlier, London Fire Brigade stated that some fifteen fire engines and 97 firefighters have been called to a fight the fire in Knightsbridge, central London.

"Firefighters are at the scene of a very visible fire in #Knightsbridge We've taken more than 35 calls to the blaze," the London Fire Brigade reported via Twitte.