US soldier gets decked in face in fistfight with Azerbaijanis 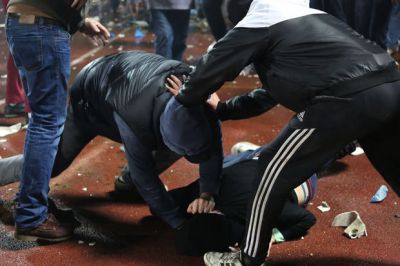 The incident is the fourth involving NATO servicemen in Lithuania in two weeks.

The fight took place in the city of Kaunas, about 75 km northwest of the Lithuanian capital of Vilnius or 60 km east of the border with the Russian exclave of Kaliningrad, APA reports.

"At about 2 am on June 15 in Kaunus's Laisves Alley, a conflict broke out between two drunken citizens of Azerbaijan and a US serviceman, in which the American soldier was injured," a statement released by the press service of the Kaunas district police commissariat said.

According to police, the American soldier was not in uniform or on duty during the fight, and was sent to hospital after being punched in the face by one of the Azerbaijanis.

One of the Azerbaijanis has been arrested, with the details of the incident being investigated.