34 injured as 2 trains collide in Philippines 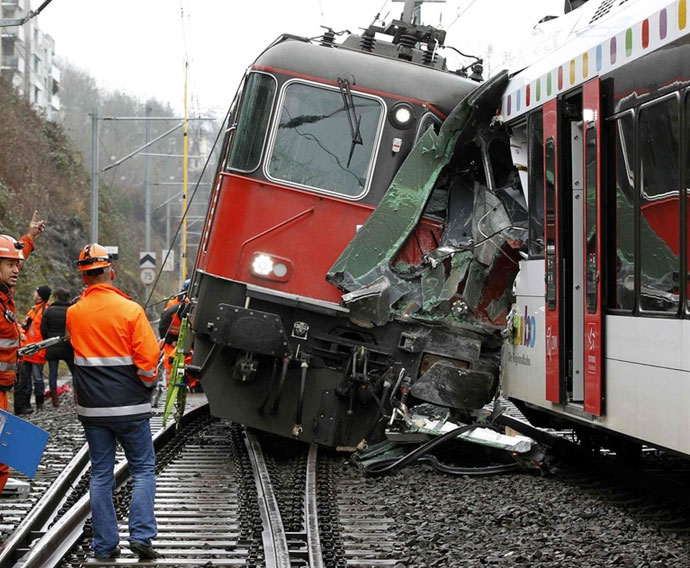 At least 34 people were injured when a "runaway" train rammed into another train late on Saturday night in Metro Manila of the Philippines, a spokesperson for the train authority said on Sunday.

The accident forced the train authority to suspend operation between the two stations on Sunday morning as the damaged trains were removed and the track cleared of any debris.

According to Cabrera, the runaway train that slammed into another train malfunctioned on Saturday afternoon, prompting train operators to park it on a pocket track between the two stations for towing.

But for a still unknown reason, he said, the non-functioning train moved, rolled onto the eastbound tracks and started moving towards Cubao station, into the path of an oncoming train in the opposite direction.

The driver of the train in the opposite direction was ordered to stop, and the passengers were told to brace for impact, Cabrera said.

Light Rail Transit Authority has already launched an investigation to determine why the parked train rolled out of the pocket track despite all its system was off.

Already, he said a fact-finding team was formed to determine the cause of the mishap. "We expect a report in two to three days," Cabrera said.

The Light Rail Transit System Line 2, which started operations in 2003, is a rapid transit line in Metro Manila of the Philippines, and it serves 11 stations on a 13.8-km line.