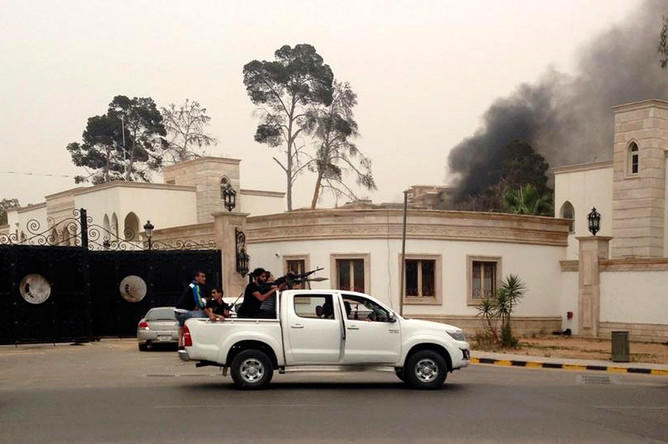 Libya's UN-recognized Government of National Accord (GNA) targeted Al-Jufra airbase, controlled by forces based in the east of the troubled country.

Axar.az reports citing AA that GNA's forces announced in a Friday statement that "warplanes carried out combat sorties on anti-aircraft and pro-Haftar ground forces at Al-Jufra base yesterday night [Thursday] and Urban town on Friday morning."

Meanwhile, fresh clashes took place on Friday between Haftar forces and the GNA in southern Tripoli.

The oil-rich country has remained beset by turmoil since 2011 when longtime ruler Muammar Gaddafi was ousted and killed in a NATO-backed uprising after four decades in power.

Libya has since seen the emergence of two rival seats of power: one in eastern Libya, with which Haftar is affiliated, and the Tripoli-based GNA, which enjoys UN recognition.