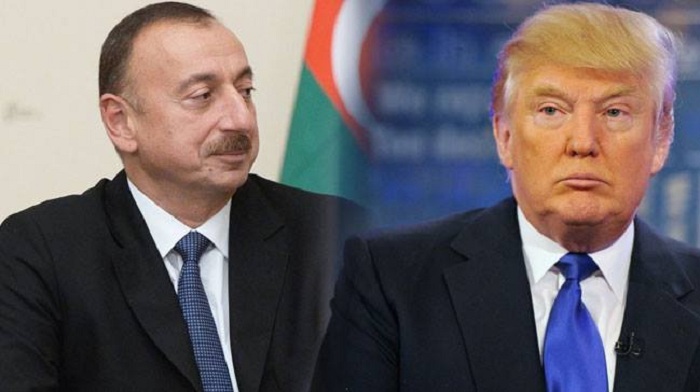 Just like 101 years ago, the place and role of Azerbaijan in the international arena are one of the important factors for the realization of our national interests, and Washington's view to the South Caucasus, and Azerbaijan is a matter of interest. US President Donald Tramp touched on many important aspects of relations with Azerbaijan in a letter addressed to President Ilham Aliyev.

Political scientist Zaur Mammadov said about it Axar.az, speaking of US President Donald Tramp's letter which was sent to President Ilham Aliyev. He noted that Azerbaijan is very important for the United States and always declares it openly:

Secondly, Trump said to Ilham Aliyev that "I appreciate your leadership in strengthening the energy security of Europe by introducing the Southern Gas Corridor initiative". It means that Trump supports Aliyev's foreign policy, the president's position in the energy projects between the Caspian basin and Europe. This means that Ilham Aliyev plays a leadership role in European energy security and diversification of energy resources.

Thirdly, "We welcome all the steps that will serve the interests of the Azerbaijani people in the field of reform, especially in the rule of law, and will provide opportunities for our cooperation to deepen", it means that Trump supports President Aliyev's internal policy, the recent social and structural reforms are highly appreciated by the US President. At the end, Trump "sincerely wishes for the partnership to develop in the coming years".

In all probability, the Republican Party will be more persistent in strengthening ties between Washington and Baku if it wins the next presidential election in the United States. Undoubtedly, this is a great political success of the President of Azerbaijan. Apart from the dangerous processes taking place in the region and in the world, it is inevitable that the rational foreign and internal policy carried out by Ilham Aliyev will protect Azerbaijan from the potential dangers in the future. While analyzing the current political situation and the situation in surrounding countries, we can say with certainty that our country is in safe hands. "