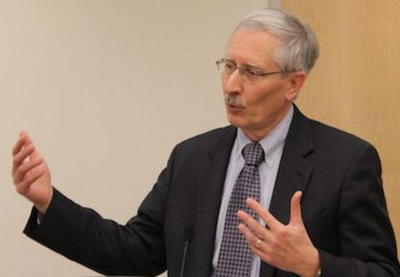 Former US Ambassador to Azerbaijan Richard Kauzlarich, former OSCE Minsk Group Co-Chair Kerry Cavanaugh, former Secretary of State and former CIA Special Adviser Paul Goble and Eurasian security analyst Matthew Stein attended the "Geopolitics and Great Power Competition in the South Caucasus" panel discussion. The opinions on the current situation in Karabakh voiced by the US Ambassador to Azerbaijan in 1994-1997, an expert in the region Richard Kauzlarich during the panel discussion caused resonance.

Richard Kauzlarich, US Ambassador to Azerbaijan (1994-1997) answered the questions of Axar.az.

– According to the November 10 statement, Russian peacekeepers have been deployed in the territory of Azerbaijan, which is internationally recognized and restored during the Great Patriotic War. How do you evaluate the activities of Russian peacekeepers?

– It is difficult to say since there is little information on their activities. For the number of tasks identified under the November 9 ceasefire, the peacekeeping force is too small. Also, it is not seen as neutral – an essential attribute of any successful peacekeeping operation.

– You mention that due to the situation that appeared after the ceasefire, some parts of Karabakh are currently out of Azerbaijan's control. What kind of initiatives can the international community and the co-chairs take to ensure this full control, and what is your suggestion?

– I’m not sure that the international community has a role until both Armenia and Azerbaijan decide to begin a peace process including resolution of the status of the remainder of Karabakh. Obviously, Russia would have to agree, but an international protectorate could be the answer until final peace is negotiated.

– Currently, peace has been established in the region and no terrorist attack has taken place since the launch of the Russian-Turkish Joint Monitoring Centre. In this case, how would you clarify your words "it will not be possible to ensure peace only with Turkey and Russia"?

– You need a more neutral umbrella – like the OSCE – to carry out all the responsibilities associated with implementing all aspects of the ceasefire. Obviously, Turkey and Russia could be part of a broader effort, but alone one or the other is not fully trusted by the parties to the conflict.

– In your opinion, how much need is there for the deployment of peacekeepers of other countries or organizations in the territory of Azerbaijan, and what is the general mechanism for this?

– The existing Russian-only peacekeeping operation (PKO) is too small to carry out all the peacekeeping obligations under the November 9-10 statement. From the beginning of OSCE's involvement in the conflict, a multilateral peacekeeping force (without troops from regional powers) was the idea the Minsk Group endorsed. The international community must return to a variation of this with a larger international force.

– Your view on the recognition of the borders between Armenia and Azerbaijan by the international community is very interesting. Are the borders of Armenia and Azerbaijan not recognized by the UN? Borders are currently being delimited and borders are being defined on Soviet-era maps. Here you suggest the implementation of the Dayton principle. May I ask you to explain its very essence?

– According to the November 10 statement, the process of returning refugees should have been under the control of the UN, and you are completely right about that. Currently, Russian peacekeepers are organizing the return of Armenians to Karabakh, and in fact, as noted in the November 10 statement, the fact that the process is out of the control of the UN mission is alarming, but also a violation of the article. Why do you think the UN is left out of the process? Why the involvement of the UN is needed in this process?

– It was unclear to me that the UN was consulted before being given the responsibility for returns. Again in the Balkans, the right of return for refugees and displaced was guaranteed to anyone with a claim to real property to return. Organizing the return of only one set of refugees and displaced persons is wrong and in this case, puts the Russian PKO troops in the middle of a process the UN should handle.

– You recommend that Turkey and Russia will not be enough for the establishment of peace and NATO forces will be involved. In fact, the deployment of international peacekeepers in Karabakh has always been a debatable topic. But currently, reality does not depend on what we wanted. However, in fact, the existence of Turkey means NATO, because it is a member of NATO and currently has the second strongest army in NATO. NATO can support the peace process in Karabakh through Turkey, both to make the process more transparent and to balance the forces in the region. What proposal has been made to Turkey in this regard? How do you see the realization of this process?

– In referring to the Dayton model (where NATO forces were key), I was suggesting that in the Karabakh case there should be a similar multinational force. It could be under OSCE – or UN – authority, but the PKO must consist of more than Turkish and Russian forces. NATO has no role in the Caucasus at this point. I would prefer, as I mentioned above, that the force be and under the OSCE umbrella.