An hour with Ambassador - Interview with Mr. Seyed Abbas Mousavi 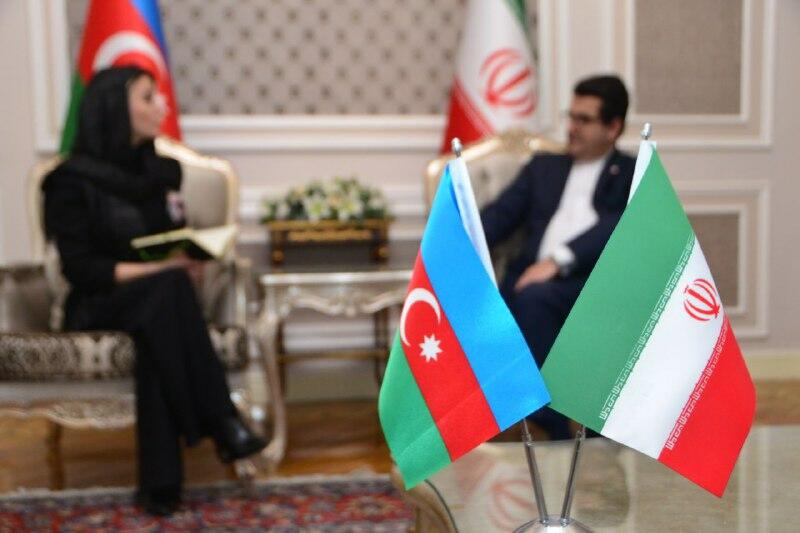 Axar.az presents the interview with Extraordinary and Plenipotentiary Ambassador of the Islamic Republic of Iran to Azerbaijan Mr. Seyed Abbas Mousavi:

​– Mr. Ambassador, after the war, there are prospects for wider economic relations between Azerbaijan and Iran. This was also stated by government officials. In what areas is Iran mainly interested in cooperation?

– First of all, I have to mention that Iran has declared its readiness to contribute to economic development and create a favorable environment for the welfare of the peoples of Azerbaijan and Iran. The 44-day war between Azerbaijan and Armenia has seriously inflamed the South Caucasus region, and the continuation of this process could lead to unintended consequences for the countries of the region. Fortunately, despite the loss of life, this war ended with the victory of the Azerbaijani people and led to the liberation of the occupied territories. I would like to remind you that during the 44-day war, the Islamic Republic of Iran presented a peace plan and tried to help end the conflict in the same way. On the other hand, the announcement of the fair position of the Supreme Leader of Iran and other high-ranking states, security and military officials, along with other measures taken, significantly helped to end the conflict. Mr. Zarif's recent visit to the Republic of Azerbaijan, which has yielded positive results, was aimed at eliminating hostilities and strengthening and stabilizing friendship, peace, and security in the region, and continued to other influential countries in the region, such as Russia, Armenia, Georgia, and Turkey. Mr. Zarif was warmly welcomed by President Ilham Aliyev, and as you know, along with political issues, the parties held productive talks on the development of bilateral economic cooperation. One of the issues raised during the meeting was the readiness of Iranian companies to participate in the reconstruction of the liberated territories, which was emphasized by President Ilham Aliyev. Of course, given a large amount of destruction in the liberated areas, it is clear that reconstruction and infrastructure work in various areas is needed in these areas. Therefore, the details of the areas in which Iranian companies can participate will be determined later. However, I must say that economic cooperation between Iran and Azerbaijan is not limited to the reconstruction of the liberated territories, and the two countries have so much in common in the economic sphere that both countries can benefit from their implementation. For this reason, various and numerous projects have been proposed between our countries, which are being implemented through the embassies of the two countries.

– Armenia has caused great destruction and destroyed everything in Karabakh, which it has occupied for 27 years. At present, Azerbaijan has started large-scale construction in Karabakh. What can Iran offer our country in this construction? In what areas is Iran's invaluable service possible?

– I have seen photos and news about the destruction in the liberated areas. These pictures are really disturbing and affect a person badly. However, the return of these territories to the main part of Azerbaijan has a positive effect on people, and I am confident that a bright future will be created for the residents of these areas, who are our brothers and relatives. In response to your question, I must say that Iran has great economic potential and very high opportunities in the technical and engineering fields. In addition, the Islamic Republic of Iran can participate in the reconstruction of the territories liberated due to its rich natural resources in the best and most effective way. These are the truths known to the government and the people of Azerbaijan. Iran is one of Azerbaijan's largest and strategic neighbors and has a long border with Azerbaijan. For this reason, for reasons such as historical, religious, and cultural commonalities between the peoples of the two countries, it is natural for Iranians to accept assistance to Azerbaijanis in the reconstruction of liberated territories as a duty of humanity, religion, brotherhood, and neighborliness. Therefore, many talented companies in Iran have expressed their readiness to participate in this important work. In general, I would like to summarize Iran's plans to take an active part in the reconstruction of the liberated territories. I can say that Iran can be closely involved in energy-related areas, including the construction of hydroelectric and thermal power plants, water supply, electricity, and gas. It can also provide significant assistance to Azerbaijan in the construction of housing estates and schools, road construction, bridge construction, construction, and repair of religious and historical sites and mosques.

– After 27 years, the border between Azerbaijan and Iran has been fully restored and there is an opportunity to implement major projects. This includes the Khodaafarin hydroelectric power station. At the same time, there is a good message from Azerbaijan that Khodaafarin has become a bridge of brotherhood. What initiatives would Iran like to take?

– The agreement on the construction of the Khodaafarin hydro junction was signed between the two countries in 2016 when these territories were still under Armenian occupation. Therefore, it should be noted that Iran has tried to develop friendly relations with Azerbaijan and create conditions for economic development and prosperity in Azerbaijan, both during the occupation of these regions and after their liberation. This project, as you rightly point out, has become a bridge to strengthen the fraternal relations between the two countries. We intend to accelerate the completion and faster operation of this dam and its related power plant, as well as to actively use our other opportunities in the reconstruction of the liberated areas. We are ready to help Azerbaijan, taking into account the valuable experience we gained in the field of mine and UXO clearance during the eight-year war with Iraq under the criminal Saddam Hussein. In addition, we can help our Azerbaijani brothers in the rapid revitalization of agricultural lands and the construction of food production facilities, as well as the construction of medical centers in the liberated areas. 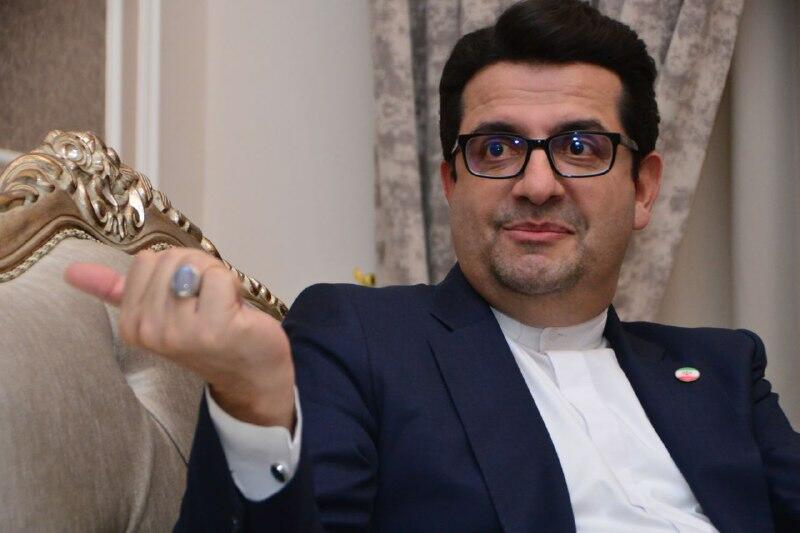 – How do you see the prospects of the meetings held by the Iranian Foreign Minister within the 3 + 3 format and Iran's contribution to this format?

– Briefly, the prospects are clear and I consider the role of Iran very important. The 3 + 3 format proposed by the President of Azerbaijan was in fact in line with Iran's regional cooperation plan to end the Nagorno-Karabakh war once and for all. One of the most important goals of Mr. Zarif's recent visit to the five countries in the region was to facilitate the formation of the 3 + 3 format in a short time. The meetings and talks held by the Minister were very fruitful and the fruits of this visit will become clearer over time. The Islamic Republic of Iran acts in accordance with its strong regional and regional policy based on the priorities of its neighbors and has always supported regional cooperation and peace. Having the borders with 3 of the other 5 countries included in the 3 + 3 format and its reliable and influential role in the region İran can help to better shape and succeed in this format. I hope that with the formation of this 3 + 3 format, the elimination of previous hostilities, the establishment of lasting peace and stability in the region, and the cooperation of these 6 countries, political, economic, communication, and so on. We will witness the unlocking of the locks and we will experience the high level of prosperity and prosperity of the region by taking advantage of the opportunities granted by God.