Pashinyan has just one hope at the moment - Bryza 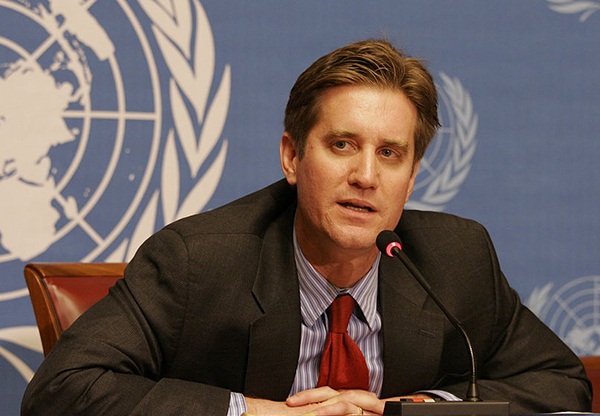 Axar.az reports the statement came from former US Ambassador to Azerbaijan Matthew Bryza.

According to him, there is no question about it that Armenia has continued occupation of Azerbaijani territories is illegal under international law:

“Prime Minister Nikol Pashinyan is doing that because he is desperate. He knows that Azerbaijan’s military strategy has been amazingly successful so far. Azerbaijan has used technological superiority to destroy Armenia’s high-valuable military assets, meaning its air defence systems, its tanks, amours, artillery, buildings, and as a human being, I would say sadly - its personnel".

Bryza thinks Armenia does not have the military capability to resist this:

"So I think what Mr Pashinyan is hoping and praying as the fighting now moves to more difficult terrain to attack which is the higher ground, the hilly terrain in Lachin. Pashinyan is looking to the mountainous terrain in Nagorno Karabakh itself. He hopes that somehow miraculously the Armenian Forces can use the advantage of the higher terrain to stop Azerbaijan’s attacks and, by the time get somebody to intervene on Armenia’s behalf; I don’t know who he thinks will come to their defence. I mean, Russia has already said it won’t, because the fighting is not on Armenian territory, but on Azerbaijani. But I think the Armenian Prime Minister is really desperate".

Talking about the afterwards of the war he added:

"The smartest thing for Azerbaijan to do will be to find a point where it feels like to regain enough territory by force to stop and use its advantage politically with a new political map to resume the negotiations under a position of extreme strength. Then regain everything – regain all its territory. All 7 districts surrounding Nagorno Karabakh and Karabakh itself with a minimal loss of life. I think that would be morally the right thing to do as well as militarily and economically.

There is a temptation to push forward, make sure Azerbaijan gains everything militarily. But in my opinion, Azerbaijan will be much better off. If it shows restraint and uses politics as it always is needed at the end of any war to secure its gains at the lowest possible cost. Because Azerbaijan is going to need the international community, its political and economic support to rebuild Azerbaijan’s territories of Nagorno Karabakh and 7 surrounding districts".