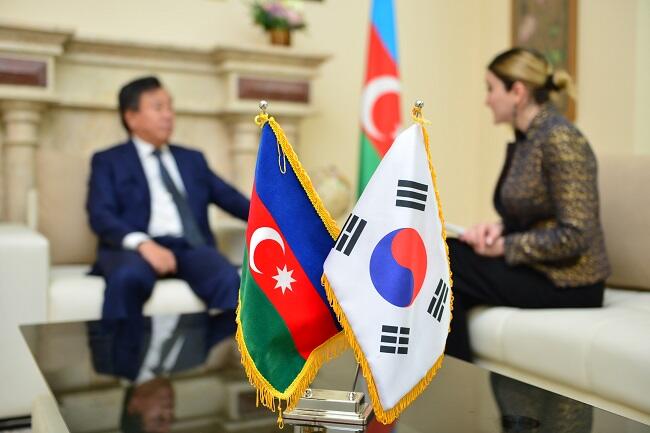 Axar.az presents the interview with Extraordinary and Plenipotentiary Ambassador of the Republic of Korea to Azerbaijan Tong-op Kim:

– South Korea has a highly developed industry and economy. It has one of the world's major shipbuilding, steel working, automotive, electronics, and electrical engineering industries. The fastest internet in the world is South Korea. How did you achieve this development?

– The most fundamental and important factor for the development was the unity of our nation and state. It also had been possible because every Korean deeply felt the urgency of economic development to get out of poverty and the government carried out all the necessary policy measures for the development of the country. We had neither natural resources, such as oil and gas nor capital that needed industrial development. We didn’t even have the highly skilled human resources. Our government established financial and social policies and introduced foreign capital needed for the implementation of these policies while concentrating on investment in education for the improvement of skilled human resources; citizens also worked hard to support these government policies.

– It would be interesting to hear from you about the world-renowned Korean musicians, cultural figures, and literary writers.

– We have too many cultural figures, I will introduce only some of them: Conductor Jung Myung Hoon, winner of The International Chopin Piano Competition Cho Seong Jin, the silver medalist of International Tchaikovsky Competition 2011, Son Yeol Eum, Violinist Chung Kyung Wha, Soprano Hong Hye Kyung who performs at the New York's Metropolitan Opera come to my mind as well-known Korean musicians. I also would like to mention our famous writer Han Kang who won the Man Booker International Prize in 2016. 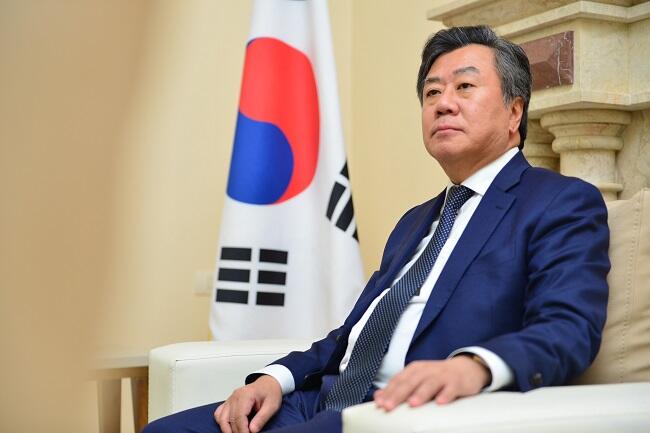 – Mr. Ambassador, how can you assess current political and economic relations between Korea and Azerbaijan? What were the major achievements between the two countries over 27 years of diplomatic relations?

– Since the establishment of diplomatic relations between our countries in 1992, exchanges and cooperation in various fields with Azerbaijan have been developed. Korean President Roh Moo-hyun's official visit to Azerbaijan in May 2006 and of Azerbaijani President Ilham Aliyev's official visit to Korea in April 2007 played an important role in this process. The trade volume between the two countries amounts to$ 1.7 billion and that of the human exchange between our nations is around 10 000. To be sure, we cannot be satisfied with these figures considering the existing potentials between the two countries. However I would like to emphasize that the most meaningful achievements in the past 27 years are the promotion of the mutual understanding between Korea and Azerbaijan through continuous exchanges and cooperation, and the foundation laid for the development of long-term relationships.

– SEBA (Seoul-Baku) Azerbaijan-Korea Cultural Exchange Association has made great strides in the development of relations between the two countries. What can you say about this association?

– SEBA (Seoul-Baku) Azerbaijan-Korean Cultural Exchange Association has been contributing to bilateral relations even before the opening of the Korean Embassy in Azerbaijan. This Association is particularly remarkable, considering the fact that SEBA is voluntarily established by Azerbaijanis and acting independently to contribute to the development of bilateral ties. It is difficult to list the contributions made by SEBA since the establishment of bilateral relations, but I would like to highlight that our government and our nation always have a special affection and respect for SEBA.

– You’ve been serving as the ambassador of Korea in Azerbaijan for one year now. Has your impression of Azerbaijan changed over this period, particularly from the expectations you had before coming to the country?

– As there is a saying “Seeing is believing”, I am glad to know a lot about Azerbaijan since I came here. Azerbaijan, situated on the shore of the Caspian Sea, is known for its rich oil and gas resources around the world. Going beyond this image, it is impressive to witness Azerbaijan embrace its rich history and cultural traditions while continuing to realize social reforms.

– You get to know Azerbaijani culture, people and cuisine. Ambassadors are often asked about the similarities between their countries and the countries they represent. Do you think we have some similarities?

– As Korea belongs to Altaic Culture and Azerbaijan to Turkic Culture, we have a lot in common. Being respectful to elders, valuing family traditions, having special etiquette in social life are essential commonalities of the two countries. Also, traditional Azerbaijani music 'Mugham' is very similar to our music genre called ‘Chan’. 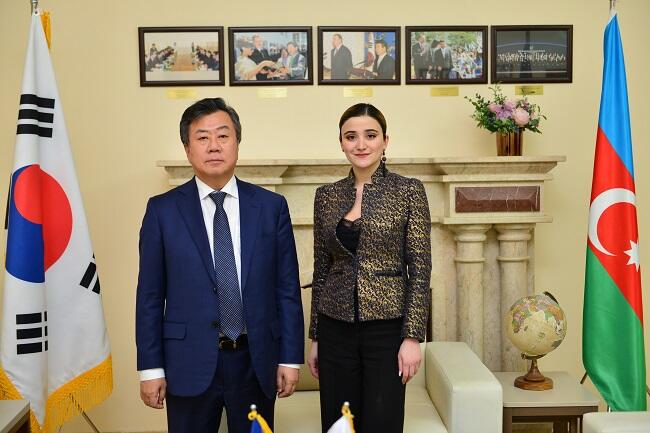 – How do you assess the processes going on in Azerbaijan? What do you think about the recent changes in the country?

– Reform and innovation are the ‘weltgeist’ of our time for all states and nations. As time goes by, there will be a big difference between the countries, who are clearly aware of this fact and promote reforms and those, who are not. Especially, it is difficult to see sustainable economic and social progress without reform and innovation among the resource-rich countries, like Azerbaijan. From this point of view, I support reform efforts for all areas in Azerbaijan.

– How do you see Azerbaijan’s role in the region involving in the next few years?

– The geopolitical location of Azerbaijan is very important. It is a place where ‘East meets West’ and ‘South intersects with North’. Southern Gas Corridor and North-South Transport Corridor Projects are meaningful projects which make the most of these geopolitical advantages, initiated by Azerbaijan, a mid-point of resource-rich energy and logistics exchange. I believe that Azerbaijan's national well-being and international status will be highly promoted with the help of these geopolitical factors and positive policies utilized in Azerbaijan's future foreign relations.