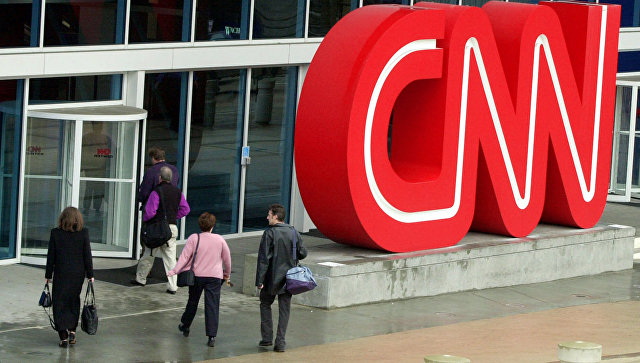 A senior staff member at CNN was let go from the news network due to a number of unspecified complaints over his behavior at the work place.

Axar.az reports citing Sputnik that, Teddy Davis, who worked as a senior producer on the CNN's Sunday morning show "State of the Union," was fired after three women complained about his behavior at the work place.

The Hollywood Reporter's source familiar with the investigation claimed that the producer was "making fellow colleagues uncomfortable."

A public statement released by the network stated that "a comprehensive investigation was conducted as soon as this matter was brought to our attention."

"The behavior attributed to Mr. Davis does not align with the standards and values of CNN and Mr. Davis is no longer with the company."

Similarly, Jake Tapper, who hosts State of the Union on Sundays, tweeted about the incident, praising the network's quick reaction to the allegations.

"When CNN executives were told about these complaints, they reacted swiftly and appropriately, as they should."

"Workplaces need to be safe and I am fully supportive of CNN's action," the tweet said.

However, neither CNN, nor Tapper expressly commented upon whether Davis's "inappropriate behavior" constituted sexual assault.

The revelations about the CNN producer come after two senior morning talk show hosts were dismissed for the alleged sexual harassment of their employees.

Yesterday, co-host of NBC's "Today" show Matt Lauer was fired after an investigation by Variety revealed a history of inappropriate sexual behavior towards his female colleagues.

Last week, another prominent morning show host, CNB's Charlie Rose was accused by as many as eight women of sexual harassment, leading to his eventual suspension from the network.

Twitter was quick to assume that Davis's "inappropriate actions" were in fact sexual harassment.