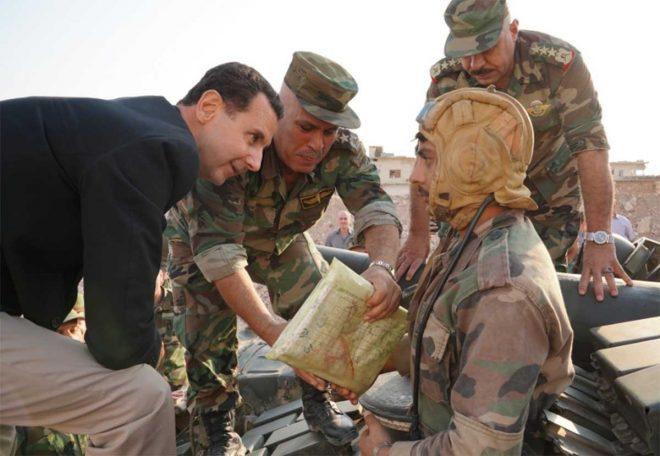 Syrian President Bashar Assad has paid a visit to the frontline in Idlib province and to the recently liberated city of Hobait, the presidential press service said on Tuesday.

"President Assad has met with servicemen of the Syrian governmental army at the frontline near the city of Hobait in Idlib province", the press service said in a statement.

The press service released a photo featuring Assad surrounded by servicemen and officers, and a map of the frontline. According to the map, some nearby settlements are still controlled by the Hayat Tahrir al-Sham* group (former Jebhat al-Nusra).

The Syrian army has liberated Hubeit from Hayat Tahrir al-Sham militants on 11 August.